Onyeka Okongwu: 'I should get a Rising Stars nod'

Onyeka Okongwu: 'I should get a Rising Stars nod'

In his second season, Onyeka Okongwu has shown flashes of the potential Atlanta envisioned after selecting him sixth overall in the 2020 NBA draft.

Okongwu has been an efficient player for Atlanta, leading the team with a plus-3.2 rating when he’s on the court. Across the NBA, Okongwu, Rudy Gobert and Robert Williams are the only three players currently averaging nine or more points, six or more rebounds, and shooting at least 70 percent from the field.

Okongwu spoke with HoopsHype and discussed his return from injury to start the season, why he should be considered for the Rising Stars Challenge, the season for the Hawks, why he compares himself to Bam Adebayo and Draymond Green long-term, and more.

What was going through your mind as you worked your way back from your injury to start the season?

Onyeka Okongwu: I wanted to make sure my team knew I was locked in and that I’d come back to how I played in the playoffs. They were telling me the earliest I could come back was late January or early February. I was killing rehab, and I was able to come back a month earlier.

How did you develop your game during that time?

OO: Watching film by going back to highlights when we were so successful towards the end of the year and what was the difference in the change in my play. That was the main thing for me during my rehab process. I worked on my left hand.

What was the toughest time for you during your rehab?

OO: It was my right shoulder, and it was tough sometimes because my right hand is my go-to hand for everything in basketball. There were days when my right hand was aching, and I’d be pessimistic and wondered if it would ever get better and if I’d have to deal with it for a while. Negative thoughts or doubts like that. Those thoughts were put to rest once I started playing towards December when my shoulder felt well.

Do you think you’ve shown enough since returning to get Rising Stars consideration?

OO: I think I should, honestly. Everybody can see what I do out there on the court. I think my play really speaks for itself, especially defensively with what I’ve been able to do, guarding on the ball and helping. Offensively, I’ve got my confidence back. I’ve doubled my points scoring to almost 10. At the end of the day, we’re on a six-game winning streak playing good basketball, and I’m part of the mix, which is always a blessing. I’m thankful to be able to be on the Hawks, and we’re playing good basketball. I think, all things considered, I should get a Rising Stars nod.

What have you thought of your career so far through your second season?

OO: I feel like it’s been well so far. It’s been kind of inconsistent a little bit, but I think I’ve had a solid first and second year, all things considered. For right now, I’m continuing to build off what I’ve been doing, staying solid on both ends of the court. I think, so far, my career is solid. I know why the Hawks drafted me for my defensive prowess, but right now, I’m starting to be more than just a defensive player in my eyes.

How would you describe this Hawks season?

OO: Towards the start of the year, we didn’t have the right chemistry with one another compared to last year. We didn’t have that consistency that we had last year. Right now, everyone is starting to figure out what they’ve got to do. Hopefully, we can string together more wins. We’re at six. Hopefully, we can get up to 10 or 15 in a row. For us, it’s about being consistent.

OO: Last year, we went to the Eastern Conference Finals. For us, it’s the same thing. You don’t want to downgrade to not making the playoffs at all, not getting past the first or second round. We want to go up to the championship. We showed what we can do last year. We were two wins away from the NBA Finals. I feel like we have what it takes to go back there. Right now, we’re trying to build our chemistry back up and get better on defense. That’s what we’ve been doing these past few games. It’s all about baby steps.

I feel like COVID really hit us hard this year. Probably for about a month, we had a whole different team. I feel like we’re all healthy now, we’re getting our chemistry back, and we have a chance to get back in the mix.

What was the reaction in the locker room when Cam Reddish was traded?

OO: We all love Cam. He’s a good kid. I have a good relationship with Cam Reddish. At the end of the day, it’s like they always say, “The NBA is a business.” It is what it is. I wish him nothing but the best. That’s my brother right there.

John Collins’ name has come up in trade talks. What’s it been like behind the scenes for him and the team dealing with that?

OO: We all pay all that no mind. We’re trying to win games. That’s not in our control at all. We want to continue to win games and play with one another. We don’t pay all that outside noise any attention at all.

Was there a veteran in your first or second year that helped you develop?

OO: The OG, Lou Williams, of course. He’s been in my ear since he got traded from the Clippers here. He’s been really impactful to my career, and I thank him for that. Solomon Hill, too. Everyone loves Solo. He’s a character and knows the game. I miss him. That was my guy.

What have you thought of your old high school teammate LaMelo Ball this season?

OO: I’m so proud of my brother. We were in high school talking about times like this and seeing each other in the league one day. Now it’s a reality for us. He’s an All-Star player. What he’s done for Charlotte turning that whole team around, it’s been nothing short of spectacular. I think he’s an All-Star. He has swag, the grit, the will, and everything you want in a point guard.

When you came into the draft, you spoke with my colleague Bryan Kalbrosky and Bam Adebayo was your comparison. Is that still a fair comparison, or are there any other comparisons you see for yourself?

OO: I feel like I’m a Bam-type of player. I think with time, I can shoot the mid-range jumper and do the things he does. Another one that meets the eye for me is Draymond Green. He’s not that tall, but the Warriors play him at the five sometimes. He’s strong with his defense and likes to handle the DHO (dribble handoffs) a lot. I think I can also be a Draymond Green or Bam Adebayo. That’s how I see myself in the future being a defensive anchor. 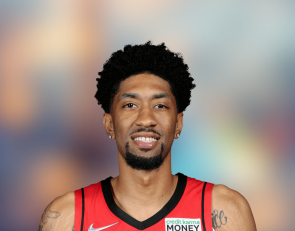 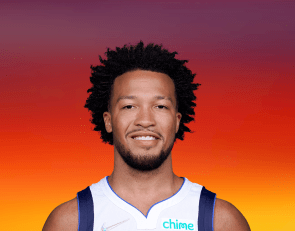 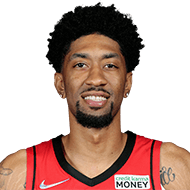 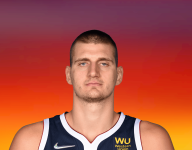