On the latest HoopsHype podcast, hosts Michael Scotto and Yossi Gozlan answered questions from fans via Twitter on various topics. What will the Pacers do after the TJ Warren and Edmond Sumner injuries? Could Eric Gordon be traded? Who are trade targets for the Celtics? What are the futures of Kevin Love and Robert Covington? Who will the Lakers add?

:52 What should the Pacers do with the injuries to TJ Warren and Edmond Sumner? Do they wait until they are healthy or attempt a trade?

What should the Pacers do with injuries to TJ Warren and Sumner? Do they wait until they are healthy or attempt a trade? Thanks guys

Scotto: Indiana has enough talent to win with Domantas Sabonis, Myles Turner, Caris LeVert and Malcolm Brogdon to lean on. TJ Warren showed how good he can be when he was healthy. He’d make Indiana more of a contender on paper. If the Pacers wanted to shake up the roster, they could theoretically try a package centered on LeVert and Brogdon to land Ben Simmons, but I’m not sure either of those guys is the headline name Philadelphia would want back for Simmons. I think coach Rick Carlisle can hold down the fort for now until they get Warren healthy. He’s in the final year of his contract. I’m sure he’ll want to get back on the court fully healthy with his financial future at stake.

Gozlan: I don’t think Indiana needs to do much. Thankfully, they’re deep at the wing. I would imagine the starting small forward spot is up for grabs between Justin Holiday, Torrey Craig, and maybe Chris Duarte. They also still have Jeremy Lamb and Kelan Martin, who could play some small forward.

3:08 Any update regarding an Eric Gordon trade?

Any update regarding Eric Gordon trade?

Scotto: Gordon has always been a productive player when he’s healthy, but that’s also one of his biggest knocks as a player. I expect teams to circle the wagon on Gordon if he can show he’s healthy and for the Rockets to continue to dangle him as trade bait as they did during the NBA draft. At 32, he doesn’t fit the young core of the team, and he’d be better suited on a playoff team.

Gozlan: I wrote recently about how there’s a conundrum for contending teams interested in trading for Eric Gordon. He’s only guaranteed for this year and next year at $19.6 million, which is reasonable. But if the team he’s on wins the championship, his $20 million salary for 2023-24 becomes guaranteed. I don’t know if that provision in his contract is lowering his trade value since he could raise a contender’s ceiling for a title.

5:52 Can you see the Celtics targeting a guy like Kyle Anderson or Thaddeus Young with the Fournier traded player exception?

Can you see the Celtics targeting a guy like Kyle Anderson or Thaddeus Young with the Fournier TPE?

Scotto: Both Thaddeus Young and Kyle Anderson are in the final years of their contracts. Young will have plenty of trade suitors around the league who are playoff teams. I’m not sure what Anderson’s market would be if he became available. I think a wing defender like Dillon Brooks, for example, might have more value to teams if Memphis decides to shake up the roster even more than it has this summer. If I had to pick either guy Boston goes after, I think it would be Young because he’s more of a veteran who’d fit better next to Jayson Tatum in the frontcourt.

Gozlan: I could see it happening. They used their previous one on Evan Fournier and Josh Richardson, very solid low-end starters at their best, so Young and Anderson fit the bill. I’m not sure if they’d use their TPEs this season, though. They have a couple, but maybe they can save the Fournier one for next season. They’re already into the luxury tax, and I don’t know if it’s worth it for them to increase that payment more for either of these guys.

7:41 Are the Grizzlies shopping Dillon Brooks or looking for another big piece?

Are the grizzlies shopping brooks or looking for another big piece?

Scotto: I wouldn’t say Memphis is shopping Dillon Brooks. He’s a good defender who has become a consistent scorer at 16-17 points per game over the past two seasons. Brooks is only owed $12.2 million this season, and his contract declines to $11.4 million next season. He has a good relationship with franchise cornerstone Ja Morant too. I’d say teams have interest in Brooks, and he could be part of a bigger trade package if Memphis tries to land a star, but he’s not being shopped.

Gozlan: I wouldn’t trade Brooks if I’m Memphis unless I get a ridiculous offer for him. He elevated himself to a borderline first option on offense in the playoffs against Utah, and he’s a pest on defense. He’s under contract at a very team-friendly number, so I doubt Memphis wants to move him anytime soon.

9:21 Will the Nets trade or waive somebody next?

About the Nets, how will they probably trade or Waive Somebody next？？

Scotto: As we touched on previously on the HoopsHype podcast, the Nets final roster spot will likely come down to DeAndre’ Bembry or Sekou Doumbouya. If Bembry goes, he’ll be waived. If Sekou goes, they’ll likely try and trade him away for a future draft pick.

10:02 Will Robert Convington re-sign with Portland?

will roco resign with portland

Scotto: If Damian Lillard stays in Portland, I think there will be more of an urgency to re-sign Covington. If the team can agree to a team-friendly contract extension with him around $15 million annually or so, maybe they do it thinking it’s decent value, and he can always be traded later on.

Gozlan: He’s eligible right now for an extension worth $70 million over four years. I can see him getting around that amount with Portland. Maybe that decision could depend on what happens with Dame, but I think it’s a fine extension with or without him. They should be able to trade that contract later if they need to.

11:08 Assuming they leave one open spot for the buyout market, who should the Lakers sign for the remaining roster spot? What names have you heard linked to the Lakers?

Assuming they leave one open for the buyout market, who should the Lakers sign for the remaining roster spot? What names have you heard linked to the Lakers?

Scotto: As I previously reported on the HoopsHype podcast, James Ennis has drawn interest from the Lakers. For Ennis, I think it comes down to whether the team will give him some guaranteed money at this point on the open market or not.

Gozlan: I’d get one more wing. Ennis, Wes Matthews, or Avery Bradley… I could see them potentially holding out for Kevin Love or John Wall to get a buyout, so I’m sure whoever they sign gets a non-guaranteed contract just in case.

Why is Kevin Love still on the @cavs ?!?

Scotto: Kevin Love hasn’t garnered much trade interest on the market, and he’s owed a lot of money. With Lauri Markkanen in the fold, along with Jarrett Allen and Evan Mobley, it’s clear the Cavaliers are heading towards a younger frontcourt. I don’t think Love will be happy in Cleveland with a reduced role. He’ll have to decide if he wants to sacrifice money for a better opportunity to play elsewhere, similar to what Blake Griffin did with Detroit before reviving his career in Brooklyn. If Love agrees to a buyout, I can see the Lakers making a run at him given his relationship with Russell Westbrook and connection to UCLA.

Gozlan: Probably because they haven’t agreed on a buyout yet. If he gave back $16 million, that would be proportional to what Kemba Walker gave back in his buyout, but he immediately recouped that money in his deal with the Knicks. Love might not be able to get back that much. He should definitely get back around $6 million, which is equal to two minimum contracts this year and next year, so that could be what he’s looking to give back. We’ll see. I think they’ll meet somewhere in the middle.

14:45 Will Toronto start rebuilding, or are they content with being a play-in team throughout Fred VanVleet and Pascal Siakam's contract?

Scotto: Toronto is focused on the development of its young core and figuring out where they stand. After being away from Toronto last season and essentially playing a 72-game road schedule, it’ll be interesting to see how the return to Toronto affects the team. I’m sure Siakam’s name will come up in trade rumors again, especially if Toronto tries to trade for Ben Simmons.

Gozlan: Toronto’s trajectory is tough to gauge. I think they overachieved in 2020 but severely underachieved in 2021. It’s hard to say which end of the spectrum the Raptors are closer to, but I’m leaning towards last year being more representative. With that said, I think they want to compete. If that means they’ll be in the play-in range, they could be okay with it for a little while. After this year, I think we’ll start to get a good idea of where the front office stands with their core guys like Siakam and VanVleet. Both become extension eligible, so maybe they’ll decide if they want to continue with these guys or move on from them or shift even more towards a rebuild. 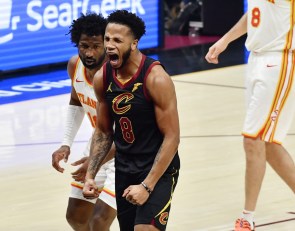 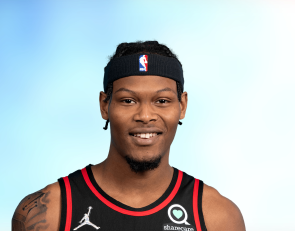 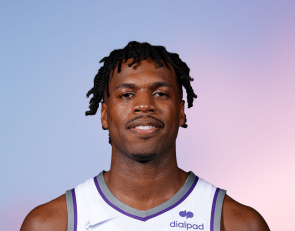 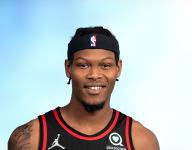 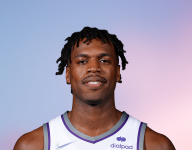 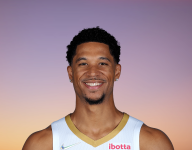 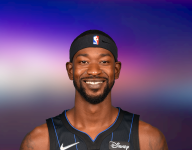 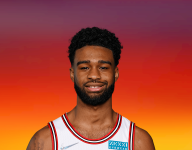 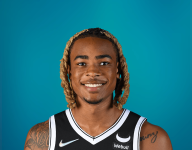 Nic Claxton has great trade value around the league 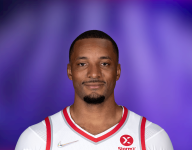 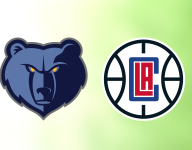 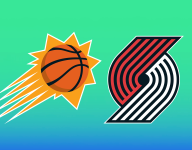 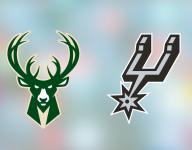