The best pick-and-roll duos in the NBA

The best pick-and-roll duos in the NBA

The pick-and-roll has for a long time been one of the most vital play types. With guards’ abilities to get to the basket using a teammates’ screen or bomb away using a pull-up three-point, pick-and-rolls stretch defenses and increase offensive efficiency.

Using analytics and the eye test, we’ve put together a list of the best pick-and-roll duos in the NBA in 2021-22.

Chris Paul and JaVale McGee’s partnership on the play type is a large reason for that, as the future Hall-of-Fame point guard sits 13th in the NBA in PPP as the pick-and-roll ball-handler (0.97 PPP) while the effective backup big man ranks second league-wide as the pick-and-roll roll man at an almost astonishing 1.51 PPP.

Paul’s brilliance as a playmaker has been well-documented in his career, as he can warp openings in defenses with his eyes and body movement, while McGee has always had great finishing ability down low thanks to his ridiculous length and athleticism.

Just look at the angle Paul takes in the clip above to perfectly feed McGee, who has to collect the ball with one hand, adjust his body in the air and finish with soft touch.

That is one very difficult to stop duo out of the pick-and-roll.

The Suns’ effectiveness out of the pick-and-roll isn’t solely thanks to Paul and McGee, however, as Devin Booker and Deandre Ayton form quite the partnership out of the play type in their own right.

Booker ranks 15th in the NBA as a pick-and-roll ball-handler, producing 0.96 PPP in the play type, while Ayton sits as the No. 6 pick-and-roll roll man, scoring 1.34 PPP.

However, it’s as a scorer where Booker obviously shines. The clip below is a prime example of how modern shooting has made the pick-and-roll so difficult for defenses to stymie:

Ayton sets the pick for Booker, Booker gets a sliver of space and a second of time and yet is still talented enough to nail a tough pull-up three from a funky angle.

The Atlanta Hawks, unsurprisingly, also boast one of the top pick-and-roll duos in the NBA. We call that not surprising because with a floor general like Trae Young and a finisher as explosive as John Collins, it should be obvious that the team ranks highly out of both facets of the pick-and-roll.

Individually, Young is the 12th most effective player in scoring as a pick-and-roll ball-handler at 0.97 PPP. It’s Collins who helps carry this duo in that play type, however, as the former Wake Forest standout is currently the top pick-and-roll roll man finisher, producing a league-leading 1.53 PPP.

With Collins’ skill level and athleticism and Young’s big-time scoring and passing abilities, that shouldn’t come as a surprise. Just observe how even despite a hard hedge, Young has the quickness and strength as a ball-handler to get near the paint and set up Collins for a high-flying finish:

With Young and Collins running the all-popular play type, defenses are scratching their heads figuring out how to stop it.

Despite the Indiana Pacers’ very disappointing campaign in 2021-22, the duo of Malcolm Brogdon and Domantas Sabonis has been nasty in producing out of the pick-and-roll.

His running mate Sabonis, meanwhile, ranks eighth in the NBA as the pick-and-roll finisher, producing 1.29 PPP in the play type.

Sabonis is a skilled finisher around the cup in his own right, making the duo tough to stop out of the pick-and-roll, but it’s Brogdon’s unorthodox-but-effective push shot out of the floater area that makes this tandem so productive. Brogdon can even hit that shot from as far out as the free-throw line, as seen here:

Pair that with an All-Star big man and an elite screen-setter like Sabonis, and the Pacers have themselves quite the pick-and-roll menace on offense every night that they’re both out there.

When people think of Portland Trail Blazers playmakers, their minds automatically go to Damian Lillard, but it’s actually CJ McCollum who has been the elite producer out of the pick-and-roll this season, along with his frontcourt partner, behemoth Bosnian Jusuf Nurkic.

The Blazers have struggled this campaign, to be sure, but their offense ranks 13th in the NBA in points per 100 possessions thanks to McCollum and Nurkic’s effectiveness out of the pick-and-roll.

Nurkic has always been one of the best screen-setters in the NBA, and when matched alongside McCollum, who is so effective as a pull-up jump shooter, defenses have no idea how to stop the tandem. Just watch them here, where McCollum’s reputation as a shooter forces Isaiah Stewart to hesitate a moment in tagging Nurkic’s roll to the basket, giving McCollum the opening to lay the perfect pocket pass to his Bosnian teammate for the easy finish:

The Blazers’ season may be going downhill – quickly – and who knows how much longer McCollum and Nurkic will be teammates, but for now, the tandem is one of the tops in pick-and-roll production in the league.

The league’s top offense this season belongs to the Utah Jazz, who are scoring a blistering 116.8 points per 100 possessions on a nightly basis, helping carry Utah to a 28-12 record through 40 games.

The Jazz have accomplished that by picking and rolling teams to death, as the team ranks first in not just PPP out of pick-and-roll playmakers (1.011 PPP), but also first in overall possessions where the play ends in the hands of the pick-and-roll ball-handler, with 1,071 such opportunities this season, per Synergy.

Utah’s roll men are doing their part, too, as the Jazz sit seventh in PPP out of pick-and-roll rollers (1.204 PPP).

In addition, the explosive Mitchell is the NBA’s No. 1 player in PPP out of the pick-and-roll, scoring 1.06 PPP out of the play type, just ahead of Brogdon. Arguably the best screen-setter in the league, Gobert, meanwhile, ranks 16th as the pick-and-roll roll man, but his value lies in setting killer picks that get ball-handlers like Mitchell and Mike Conley easy opportunities for finishes.

Just check out the play below for a prime example:

It seems simple, and that’s partly because it is: Gobert sets a huge screen, the defender can’t get around it and Mitchell is left with a wide-open three from the top of the arc.

Oftentimes, simple is good and effective, as the Jazz have displayed for years under their current iteration.

With a talent as freakish and multi-faceted as Giannis Antetokounmpo and a playmaker as underrated as Jrue Holiday, it’s obvious how the duo makes the list as our final top pick-and-roll tandem in the NBA.

The Milwaukee Bucks rank seventh in offense this season at 111.7 points per 100 possessions and that’s partly thanks to Antetokounmpo and Holiday’s chemistry out of the pick-and-roll.

Antetokounmpo and Holiday don’t run the two-man action as much as other tandems on the list, but when they do, it’s nearly unstoppable. Just observe how easily Antetokounmpo finds a lane to the basket after setting a screen for his point guard:

Antetokounmpo with a full head of steam to a lone defender waiting at the rim?

It just speaks to Antetokounmpo’s brilliance as a player that he can be so effective in so many facets of the game, even when the ball doesn’t start off in his hands. 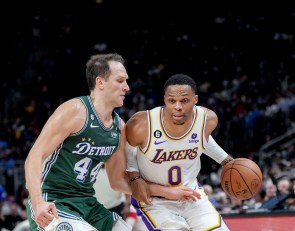 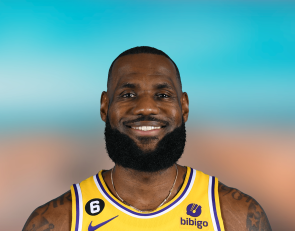 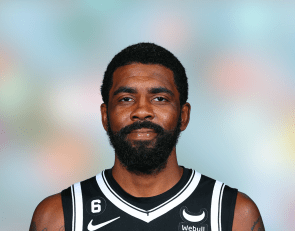 Nic Claxton on Kyrie Irving: 'He was one of the best teammates that I’ve had despite people want to say' 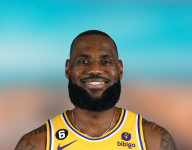 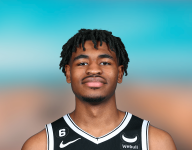 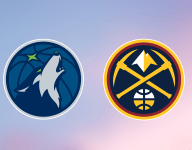 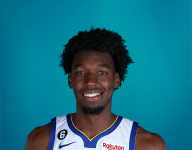 Warriors could save $131 million if James Wiseman is traded 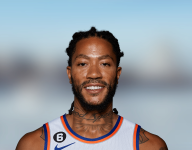 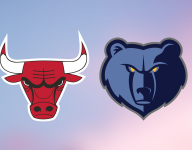 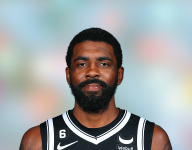 Kyrie Irving: Things changed when front office and people around were not being honest 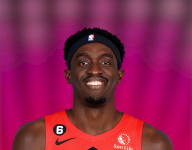 Masai Ujiri pulls Pascal Siakam aside after practice to talk