The time has arrived for another part of our Trade Rumor Rankings series, where we take the five players who have appeared the most often on our Trade Rumors Page over the past week.

This week is point guard-heavy, with De’Aaron Fox and Kemba Walker leading the way on this edition of the series.

Prior to injuring his ankle in his most recent outing, Christian Wood was playing some of his best basketball this season, averaging 24.3 points and 15.7 rebounds on 56.0 percent shooting over his prior three appearances, all wins for the Houston Rockets.

And considering his level of productivity, the fact that he’s on Year-2 of a three-season, team-friendly deal (he’ll be at best the 97th highest-paid player in the league next season) and playing for a team clearly in the early stages of a long-term rebuild, it makes sense Wood would pop up as a trade candidate at some point.

That’s already happening, according to Kevin O’Connor (via The Ringer):

With the Rockets focusing on developing young players, rival executives wonder how long it’ll be until Houston moves veterans, paving the way for Sengun to play more. There is an expectation around the NBA that Christian Wood, who’s in the second season of a three-year contract, will receive significant trade interest and that Houston will entertain offers. Wood is only 26, so Houston could keep him, but he’s no sure thing to stay come 2023; one of the reasons he signed with the Rockets over other interested teams was to play with James Harden, and Harden is long gone. Wood can offer a lot more to a team with playoff hopes than he can to the Rockets.

We’ll see what comes of it, but Wood is the exact type of player to monitor ahead of the NBA trade deadline in a couple of months.

For the latest on the Christian Wood trade front, click here.

The Sacramento Kings have disappointed yet again this season, and De’Aaron Fox taking a sizable step back in 2021-22 to this point (for anyone who wants to argue that point: Fox’s -2.1 BPM this year is the worst mark of his career since his rookie season), is part of the reason why.

Even so, Fox isn’t expected to go anywhere this season, as although there was some talk of him heading to the Philadelphia 76ers in a potential Ben Simmons deal, there aren’t discussions on that front right now, according to Jake Fischer (via Bleacher Report):

And despite strong preseason chatter that a slow start in Sacramento could lead to a potential Ben Simmons trade with Philadelphia, there remains no significant current discussion between the Sixers and Kings. Fox and Tyrese Halliburton are still deemed unavailable, and second-year standout Tyrese Maxey has emerged as a legitimate starting point guard in Philadelphia.

The savviness of the Kings deeming Fox untouchable can be debated some, but there’s no doubt the former Kentucky standout has All-Star potential, and it’s possible – if not likely – he’ll return to form under Alvin Gentry’s tutelage for the rest of the campaign.

For the latest on the De’Aaron Fox trade front, click here.

Fans of the New York Knicks don’t need to be reminded that the Kemba Walker pickup has gone terribly to this point, as the former All-Star point guard is now out of the team’s rotation, and with good reason considering Walker is averaging a career-low 11.7 points per game while making New York 24.5 points per 100 possessions worse (!) during his time on the floor.

Now, reports are circulating that the Knicks are looking to trade Walker with his production as poor as it has been (via Bleacher Report):

So what do the Knicks do now with their prized offseason addition? Multiple league sources believe the Knicks will look to trade Walker, whose value on the trade market, much like his production, is at an all-time low. However, league sources believe Walker’s value has the potential to change as the Knicks get closer to the Feb. 10 trade deadline and teams get more desperate to add a veteran who, despite his defensive shortcomings, has shown he can still make shots, albeit in a more limited capacity.

It may not be impossible for the Knicks to find a taker for Walker since the 31-year-old only has one season left on his deal after this one, paying him a reasonable $9.2 million in 2022-23.

However, that could largely depend on whether or not Walker finds his way back into Tom Thibodeau’s rotation prior to the trade deadline.

For the latest on the Kemba Walker trade front, click here.

There’s been little traction on the Simmons trade front recently, though there was interesting insight dropped by Philadelphia reporter Keith Pompey during a podcast appearance last week (via SportsKeeda):

I think Ben Simmons wanted to be traded. I feel like, he felt like how it was; people weren’t loyal to him. I do feel like he’s dealing with some stuff. I do. There were times last year that the 76ers were like making it seem like he was bothered by one thing, but they knew it was something else. I just feel like he feels betrayed. He feels like nobody really has his back, and it’s time to move on. Not only that. He also knows that the average Philadelphian wants him outta here. They don’t want him. There’s gonna be no more hostile place for Ben Simmons to play than in Philadelphia.

At least Pompey’s reporting gives us added insight as to why Simmons wants to get dealt so badly, but whether that happens this season or not remains to be seen.

Another report on the matter from a couple of weeks ago indicated that Daryl Morey is not afraid to drag this thing out and revisit trading Simmons next offseason, which – although that may seem absurd – wouldn’t be unlike Morey (via Philly Voice):

Asking around, some believe the Sixers will be happy to carry this through the full 2021-22 season and resume discussions again next offseason when a new set of opportunities will become available to them. That could take shape in the form of sign-and-trade possibilities, disgruntled stars finally asking out of their own problematic situations, or new management hires for other franchises wanting to take big swings on talent like Simmons. And publicly, the Sixers have certainly suggested an extension of this standoff is possible, with Morey going so far as to say he’d take this all four years of Simmons’ deal if that’s what it took to get the best deal.

The standoff between Simmons, Rich Paul against Morey and the Sixers continues – and without a near end in sight.

Lately, John Wall has made more public noise – particularly on Twitter – about being unhappy with his complete lack of playing time this season and wanting to enter the rotation for the Houston Rockets.

However, according to Marc Stein, that won’t be happening anytime soon, not as long as Wall continues being set on starting for the 5-16 club (via Substack):

Wall wants to play. The truth is that’s what he’s always wanted. Yet as I reported Friday, Houston came into the season privately telling Wall that it would offer him no more than a limited off-the-bench role to prioritize the young backcourt combo of Jalen Green and Kevin Porter Jr., and its stance hasn’t changed. Wall wants to start and the Rockets are steadfast that the five-time All-Star will have to come off the bench and accept whatever slice of playing time he gets if he wants to be an active participant.

Adrian Wojnarowski also reported on the Wall trade front this week, stating that although contenders are interested in the former All-Star’s services, at least as a reserve option, a trade seems nearly impossible to put together right now due to Wall’s $47.4 million player option for next season.

Based on his play last season, it’s certainly reasonable to believe Wall can help a contender in a complementary role, it’ll just come down to him declining that player option to make an actual trade more feasible.

We’ll see over the coming months just how badly Wall wants to play.

For the latest on the John Wall trade front, click here. 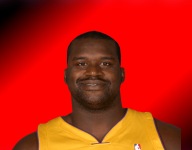