After reaching the Eastern Conference Finals in three of the past four seasons, the Boston Celtics were knocked out of the first round for the first time since 2016 with several questions surrounding the offseason ahead.

HoopsHype spoke with five NBA executives to get their thoughts on what trades the Celtics could make to improve, Evan Fournier’s free agency, Danny Ainge’s tenure, and the future core for Boston.

How can the Celtics improve?

With young star Jayson Tatum locked into a long-term deal and Jaylen Brown solidifying himself as an All-Star this season, the Celtics are unlikely to part with either franchise building block leaving Marcus Smart as the team’s most tradeable asset according to NBA executives.

“I think they’ll trade Smart this summer if I had to guess,” an NBA executive told HoopsHype. “Retool around Tatum and Brown if they can get real value for Smart, but a lot up in the air there.”

Smart averaged a career-high 13.1 points and 5.7 assists per game this season. He’s owed $13.84 million next season in the final year of his contract.

“They need to have internal growth,” another NBA executive told HoopsHype. “They’re pretty stuck when it comes to salaries. They’ve been trying to move Kemba Walker for a year now and no one is touching that. Their best bet would be to move Smart, but I don’t know what his market is. They could trade Brown to try to fill a different position, but that would be a bad move.”

Smart’s defensive ability as an on-the-ball defender and strength to guard all five positions depending on small-ball center matchups, makes him an intriguing fit for any playoff-caliber team looking to upgrade next season. A team over the salary cap could acquire Smart’s Bird Rights by trading for him. He’s also eligible for a four-year, $75 million extension, according to our salary cap expert, Yossi Gozlan.

If the Celtics hold onto Smart, a 27-year-old two-time All-Defensive Team member, and also keep Brown as expected, they will likely have to find a sleeper in the draft if they’re going to improve next season.

“How do they get better?” a third executive questioned. “They can’t move Tatum, but maybe Brown could bring them back pieces and assets to go along with Tatum to move the needle. Right now, their team is just Kemba, Tatum, Smart, Brown, and Robert Williams with no depth. They need an immediate impact player along with a potential good pick. They will not be able to make upgrades to realistically compete for a championship anytime soon.”

Fournier battled Covid while adjusting to a new role on the Celtics where he shot 46.3 percent from beyond the arc in 16 regular-season games with Boston. Now, he’ll enter unrestricted free agency heading into the summer.

“He’s going to look for $15-20 million a year,” an NBA executive estimated when speaking to HoopsHype. “I’m not sure where he gets that from. They’ll have to keep him since they can’t replace him. It’ll be interesting because they have never been willing to pay the tax, so getting around that will be hard for them. If they let him walk, there’s no replacement.”

“Fournier is a tough one,” another executive said. “It depends on the direction for that value. If they want to run it back, they’ll pay him. I can’t see him getting $20 million.”

One executive wasn’t sold on Fournier being enough to help move the needle for Boston and said he’d be open to a sign-and-trade scenario if it was up to him. Another executive predicted a cool market for the 28-year-old French swingman.

“The issue will be what teams with room are going to target him?” a third NBA executive questioned. “San Antonio might, but if not, who else will give him north of $10 million? If Fournier can be kept at a price around the non-taxpayer mid-level exception, I think Boston would re-sign him.”

Following Game 5, Fournier dodged the question when asked what he’s looking for in free agency, but did praise Boston for how they’ve handled him since acquiring him at the trade deadline.

“It’s a very hard question to answer because the emotions are obviously high right now with the playoffs,” Fournier said.  “Also, in three weeks I have the national team training camp. I’ve got a lot on my mind, to be honest. Free agency, it’s not the right time to talk about it. What can I tell you about the Celtics? It’s obviously an A-plus type of organization, and they were really excited to get me, showed me a lot of love, and everybody was extremely positive.”

Wednesday morning, multiple reports surfaced that Ainge would step down from his executive role and coach Brad Stevens would be promoted in his place with a coaching search to follow. Then, the Celtics formally announced Ainge’s retirement with Stevens being promoted as President of Basketball Operations. Ainge retires as the only Celtic in the team’s 74-year history to win championships both as a player and as a general manager.

Ainge had been Boston’s executive since 2003, and his tenure has included several blockbuster trades to acquire Kevin Garnett and Ray Allen before eventually trading Paul Pierce and Garnett to the Nets for a boatload of draft picks. More recently, Ainge traded for Kyrie Irving and signed Gordon Hayward in free agency.

“I think Ainge has done really well overall,” an NBA executive told HoopsHype. “The thing they missed out on was this window where they had all these picks and assets, and perhaps didn’t capitalize as much as they should have, but Tatum and Brown are still a great foundation. The other thing is that he talks up to the media so much about everything that he has that when it doesn’t work out, it makes it look even worse. Every year at the deadline there’s a report right after that the Celtics almost traded for player X and wanted player Y. People around the league don’t like that. But they’ve been to the Eastern Conference Finals three of the last five years (counting this season), which is pretty awesome.”

To the executive’s point, Boston had been linked to stars such as Anthony Davis, Jimmy Butler, Paul George over the years, and was also linked to Aaron Gordon before he was traded to Denver this trade deadline.

Another executive echoed a wasted opportunity of not packaging all the extra picks to try and move up or land another impact veteran.

“He has not done great with all those picks he had,” another NBA executive told HoopsHype. “The middle round guys haven’t panned out. Obviously, the big swings in Irving and Hayward also didn’t work out.”

A third executive looked at the totality of Ainge’s body of work in Boston and believes Stevens can get the team back on track around Tatum and Brown looking ahead.

“This year was a down year for Boston, and they didn’t have the players or depth to compete,” another NBA executive said. “Losing Hayward and giving Tristan Thompson the full mid-level exception hurt them. However, they have been in the Eastern Conference Finals three out of the last four seasons (not counting this season), so I would say they will be ok.”

According to our HoopsHype Celtics salaries page, Walker is owed a combined $73.67 million over the next two seasons, assuming he exercises his player option for the 2022-23 season. The executives polled believe that figure will make it extremely tough to trade Walker given his injuries over the past two seasons in Boston.

While trading Brown would net more in a return than Smart, most executives believe Tatum and Brown will be the franchise cornerstones moving forward with Smart more expendable.

As Smart noted a few months ago, Boston’s window to compete for a title was closing. Now, it appears shut with him becoming the best trade chip to hasten a return to contention.

Another building block alongside Tatum and Brown to keep an eye on is Williams, who improved as a shot-blocker and rebounder this season for Boston averaging career-highs in blocks (1.8) and rebounds (6.9) in only 18.9 minutes per game. With Thompson entering the final year of his contract next season, there’s an opportunity for Williams to become the long-term starting center for Boston. 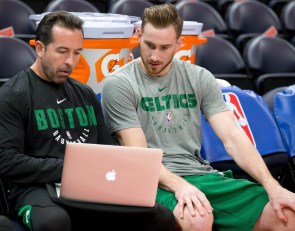 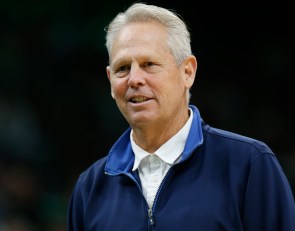 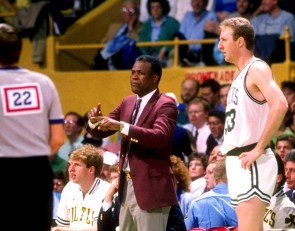