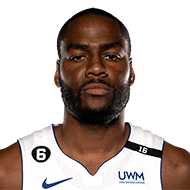 Position: G
Born: 07/20/91
Height: 6-6 / 1.98
Weight:195 lbs. / 88.5 kg.
Salary: $10,012,800
Scouting report
0 share
share
tweet
pin
sms
send
email
In addition to the other names that have been attached to the Lakers, some others to watch that are expected to be available are Jae Crowder, Eric Gordon, Alec Burks, Terry Rozier, P.J. Washington, Kelly Oubre Jr., Josh Richardson and Jakob Poeltl, according to those sources.
1 month ago – via Jovan Buha @ The Athletic 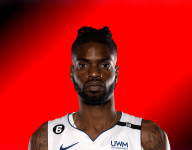 Nerlens Noel on the block

Veteran role players Nerlens Noel and Alec Burks are also trade candidates to watch closer to the deadline. Noel isn’t expected to finish the season with Detroit, HoopsHype has learned. Burks has gotten off to a torrid start since returning to the lineup and is expected to draw interest from playoff-caliber teams closer to the trade deadline.
3 months ago – via Michael Scotto @ HoopsHype

Anthony Davis scored 38 and grabbed 16 rebounds, his first stretch with consecutive 30-point games since last February. Russell Westbrook had 12 assists and, along with Davis, was one of six Lakers with at least 10 points. “He’s been a monster,” Austin Reaves said of Davis. Alec Burks led Detroit with 23, and Bogdanovic scored 20. Playing for the first time since they beat the Brooklyn Nets on Sunday, the Lakers and coach Darvin Ham spoke frequently about using the time off to get back to defending the way they did in the first few weeks of the season.
3 months ago – via Dan Woike @ Los Angeles Times

James Edwards III: Marvin Bagley III is “probably” to make his season debut tonight against the Celtics. Burks is Questionable and Cunningham is OUT. Celtics are without Horford and Brogdon. Jaylen Brown is QUESTIONABLE.
3 months ago – via Twitter JLEdwardsIII

Mike Curtis: Tom Thibodeau on Alec Burks: “Alec’s great and a consummate pro. Just a great teammate. Very coachable. Great person. That’s really been the story of his career. Everywhere he’s been, people love him. There’s a reason why. Just a high character guy.”
3 months ago – via Twitter MikeACurtis2