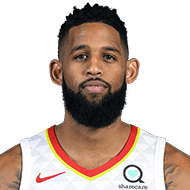 share
tweet
send
sms
email
Dane Moore: Allen Crabbe will again not play tomorrow. He’s listed as out with personal reasons. Been a week, hope all is well with Allen.
11 months ago – via Twitter DaneMooreNBA

Dane Moore: Allen Crabbe (personal reasons) and Omari Spellman (G-League) will again not be with the Timberwolves in Miami tomorrow. Karl-Anthony Towns (broken wrist) and Evan Turner (not with team) obviously won’t be with the team either. Everyone else is currently listed as good to go.
11 months ago – via Twitter DaneMooreNBA

share
tweet
send
sms
email
Joe Harris: I think you’ve seen it year after year where we’ve brought in D’Lo, Ed Davis, DeMarre Carroll, Allen Crabbe, players that weren’t here from the very beginning but they were able to seamlessly adapt, buy in to what was going on and then you see it again now with Kyrie and Kevin, DeAndre, Wilson, Garrett. It takes a little bit of time obviously, but it is sort of a seamless transition. I think at the end of the day it’s because Kenny and Sean, they don’t take chances on guys that might have questionable character. It’s always, all right, this guy, they’ll fit, they’ll buy in, and you see that year in and year out since you’ve been here.
11 months ago – via NBA.com 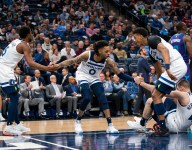 Christopher Hine: Allen Crabbe (left knee) isn’t playing today but he said he’s hopeful that he’ll be back on the court doing work tomorrow and is hopeful he’ll be able to play Monday.
12 months ago – via Twitter ChristopherHine