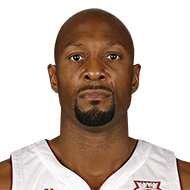 Jared Weiss: Rob Williams joined Hakeem, Duncan, Dwight, Mourning, Bynum and Coleman as the only players with 10+ points, 9+ rebounds and 9+ blocks in a playoff game per @Sportradar. Only one to do it without a TO. He’s the 1st player ever with 9 blocks in under 25 minutes in a playoff game.
4 weeks ago – via Twitter JaredWeissNBA

When it comes to team building, when it comes to this organization, what’s changed the biggest over the years? Mark Cuban: “Just the kids, right? The guys, they’re different. When I first got in, it was a very macho industry and we we’re just coming out of the 90s. And you had guys who just beat the hell out of each other. It was all about who was tough and who wasn’t. You had Shaq banging on people you had Alonzo Mourning. Patrick Ewing was at the end of his career. But, you had guys that were just all about the physical and what kind of dominance could you establish in the paint. And remember all the grief that Dirk used to get, ‘oh, he can’t — why isn’t he in the paint? Why isn’t he in the paint?’ And and that’s changed.”
2 months ago – via SportsDay Staff @ Dallas Morning News

Michael Jordan will present Kobe Bryant in the 2020 Naismith Hall of Fame @Hoophall induction ceremony on May 15. Full list of inductees and presenters: pic.twitter.com/iD5r6EIxHF

Ball shot 14-of-27 from the field with four 3-pointers, one block and zero turnovers. His 34 points are the most by a Hornets rookie since Alonzo Mourning in 1993. Ball remained a starter in Friday’s game despite the return of Terry Rozier, whom the 19-year-old had replaced in the starting lineup the past two games. Ball began the season off the bench but has now started in Charlotte’s past three games. Jazz star Donovan Mitchell called Ball “the real deal” after the game. “I’m not going to lie, I’m very impressed,” said Mitchell, who helped lead the Jazz to their 14th victory in 15 games. “Not just his playmaking ability and his competitiveness, but his joy. I don’t think I have ever not seen him smile throughout the game.”
4 months ago – via ESPN News Services @ ESPN

Entering Wednesday night’s game against the Milwaukee Bucks (7 p.m. ET on ESPN and the ESPN app), Turner is averaging 3.9 blocks per game, which would be the most for any player since Hall of Famer Alonzo Mourning in 1998-99. Earlier this season, he blocked at least three shots in 10 consecutive games, the third-longest streak for any player in the past decade. “You can lead the league in shot-blocking and still not make an All-Defensive team,” Turner told ESPN. That’s exactly what happened to him when he averaged a league-best 2.7 blocks per game in 2018-19.
5 months ago – via Eric Woodyard @ ESPN

share
tweet
send
sms
email
“The reason that I will average 40 is the fact there’s no Shaq, Alonzo Mourning, Yao Ming back there. I don’t know who’s protecting this rim, but I’m pretty sure a 6-foot-5 power forward ain’t stopping me from getting to the bucket,” Arenas said.
5 months ago – via Kevin Brown @ NBC Sports