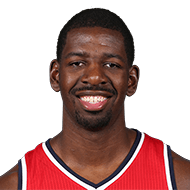 Zhang Duo: Andrew Nicholson is close to sign with Fujian Sturgeons in China, according to Chinese reporter Song Xiang.
2 months ago – via Twitter ZhangDuo15

The CBA was the first major sports league to feel the impact of the COVID-19 virus. And because quarantines escalated through the Lunar New Year in late January, many players and coaches out of town for the holiday have not been able to return. There are now more than 118,000 cases and 4,000 deaths globally, according to the World Health Organization. It was officially declared a pandemic on Wednesday. For the NBA, which is making preparations in the event of a wider spread of the virus in the U.S., what has happened in China is an unsettling look at the fallout from the temporary stoppage of a well-planned and relatively deep-pocketed league. “I haven’t been home this time of year since I was in high school,” said Andrew Nicholson, a Loong Lions forward who was drafted 19th in 2012 by the Orlando Magic and played in the NBA for five years. “It’s been frustrating, but no one could have expected this, no one can control it.”
9 months ago – via Brian Windhorst @ ESPN

Storyline: Coronavirus
share
tweet
send
sms
email
Canadian power forward Andrew Nicholson is expected to stay in China next season. After last year, in which he played for Guangdong Southern Tigers, Nicholson will likely sign a deal with Fujian Sturgeons.
2 years ago – via Sportando

Former NBA first-round pick Andrew Nicholson has officially signed a contract in China with the Guangdong Tigers.
3 years ago – via Sportando

David ‘Dubi’ Pick: Source: Andrew Nicholson has left the NBA and signed a deal in $1M range with China’s Guangdong Tigers.
3 years ago – via Twitter IAmDPick