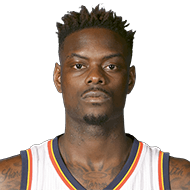 Anthony Morrow vividly remembers one of the many times Scott Brooks ripped into Russell Westbrook. Westbrook had just completed a sloppy first half in Miami, missing seven of his 10 shots while dishing only one assist. The Thunder fell down considerably in the first quarter before battling back to make it close by the end of the second. It was the winter of 2015, a difficult time for Oklahoma City, which was fighting through injuries to remain in the playoff picture. OKC fans now callously refer to that year as “The Plagues of Egypt Season.” This team needed more from its point guard, so when it gathered in the locker room, Brooks approached him — in front of everyone.
2 years ago – via Fred Katz @ The Athletic

share
tweet
send
sms
email
“It was just one of those situations that was real tense in the locker room,” said Morrow, who played for the Thunder from 2014 to 2017. “Scott came in and went right at him. … He just went in on him.” Morrow remembers Brooks’ accusations. “You’re turning the ball over!” and “We need you!” and, as he so subtly describes, “Some other choice words; you know what I’m saying?”
2 years ago – via Fred Katz @ The Athletic

share
tweet
send
sms
email
Come the second half, it all changed. Westbrook sank five of his seven shots. He turned the ball over only once — and the giveaway didn’t occur until the final minute, when the game was mostly decided. Morrow doesn’t consider the turnaround a coincidence. “I’ve seen Scott chew his ass out before. And every single time that happened, Russ responded in a positive way. Every time,” said Morrow, an esteemed veteran in that locker room. “So, I think he respects it. He respects Scott. And I think that just seeing the way that they move, it was different than how they move with other people on the team. And I can understand that. Scott was a point guard. He saw something in Russ that was special and said, ‘He’s my point guard. No matter what anybody says, he’s my point guard.’”
2 years ago – via Fred Katz @ The Athletic 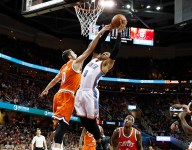