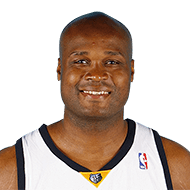 share
tweet
send
sms
email
Nash and Walker were teammates in Dallas briefly. While on Heavy on Live With Scoop B, I asked Walker his thoughts on the Nets picking Nash over other coaching candidates. “Am I surprised,” he asked. “I think that there’s some other candidates that deserved a look. I think it’s a little disappointing when we don’t give guys a certain look and I wouldn’t necessarily pinpoint it at being racial. But if I’m going through a coaching search, how do you not sit down with Tyronn Lue who’s coached the best player in the game in LeBron James? How you don’t sit down with a Jason Kidd and Mark Jackson and least give these guys an interview? Then how do you; and this is what made me the most upset, is you watch a guy like Jacque Vaughn, who’s been around your guys, do a tremendous job with your guys. But you don’t feel like he’s good enough to be the head [coach]. But he’s good enough to make him the highest paid assistant. I don’t know; and I understand Jacque’s position and I know he wants to keep a job, but to me that’s a slap in the face to do that.”
5 months ago – via Brandon 'Scoop B' Robinson, Brandon 'Scoop B' Robinson @ Heavy.com

In the NBA’s offseason of 2001, then-Celtics forward and Chicago native Antoine Walker received an unexpected phone call from retired superstar Michael Jordan. “He called me,” Walker said on the McNeil & Parkins Show on Tuesday. “And he was like, ‘Hey, I’m thinking about making a comeback. I need you in the gym with me.'” With the help of Walker and personal trainer Tim Grover, Jordan wanted to begin working toward a return to basketball. It began as just the three of them, Walker said, until 2 p.m. each day, when pickup games would take place.
8 months ago – via McNeil & Parkins Show @ WSCR 670 AM

share
tweet
send
sms
email
One aspect of Jordan’s pickup games that remained sharp from his playing days was his ability to talk trash. Walker heard plenty of it as they competed. “Very competitive,” Walker said. “All we talked about every day was winning. He used to give me so much stuff about not winning a championship. “If you weren’t a winner, he had little respect for you.”
8 months ago – via McNeil & Parkins Show @ WSCR 670 AM

Chatting with Brian Scalabrine during our “Classic Celtics” broadcast of his C’s vs. Michael Jordan’s Bulls in 1997, which will air Sunday at 7 p.m., Antoine Walker shared his thoughts on Kemba taking his No. 8 and commended him for reaching out for permission. “It is interesting, and sometimes it’s weird,” Walker told Brian Scalabrine. “But one thing I can say — and I didn’t know Kemba Walker, obviously I had seen him play a ton of times — for him to reach out to me on social media and ask for my blessings to wear the number was special to me. Because it’s been worn by several players after me. But to see that made me feel good. Maybe he felt the connection with the last name.
9 months ago – via Justin Leger @ NBC Sports

share
tweet
send
sms
email
“But He’s a basketball guy and we since then have been able to talk and communicate and become somewhat friends. So i’m excited that he’s getting the opportunity. If there’s one player you want to wear it, he’s the guy.” It’s clear Kemba made a lasting impression on Antoine with that gesture. He’s also likely made a positive impression with his performance during his first season in Boston, as he’s averaged 21.2 points and 4.9 assists in 50 games. With Kemba at the helm, the C’s held a 43-21 record and were cruising into the playoffs before the NBA season was put on hold.
9 months ago – via Justin Leger @ NBC Sports