share
tweet
send
sms
email
Dee Brown: (Laughs loudly) That’s not true. P never beat me in practice. He never beat me in a drill. He never beat me in one-on-one. I told him, “Hey, I don’t try to go and rap. Don’t try to come on the basketball court and shoot jumpers with me. You ain’t got a chance.” I told him that to his face. He tried. He tried hard. And yeah, as a rookie, I’d run him off screens, I’d throw an elbow here, Antonio Davis would give him a little hip-check there. So yeah, he went through it. But as far as me, I was one of the captains, one of the five or six best players on the team. I wasn’t worried about Master P, trust me. I was worried about freaking Greg Anthony and Mookie Blaylock. I wasn’t worried about Master P.
2 years ago – via Matt Fortuna @ The Athletic

share
tweet
send
sms
email
Former NBA star Antonio Davis is looking to pass his large mansion in Suwanee, GA. to a new owner. The home has been on the market for nearly a year with a price tag of $1,624,900. Located in the gated River Club, the home was built in 2007 and features five bedrooms, 5.5 bathrooms, and over 7,500 square feet of living space.
2 years ago – via Randy White @ Register Citizen

Storyline: Real Estate
share
tweet
send
sms
email
Hardaway: A lot of teams thought they had an opportunity to win a championship. Davis: We knew it was our year, and we were preparing as if it were our year. Adam Keefe (Utah Jazz center): The feeling was our team is here, we’re intact, we’re good, we’re going to have a really good shot at this. We felt we were there before [Jordan retired].
3 years ago – via The Ringer 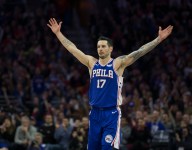 As the depression continued to worsen, Davis eventually mentioned his issues to someone at the National Basketball Players Association, who suggested that he see a therapist. “He got me to understand that what I was feeling was normal,” says Davis. ”I’d been playing this game for a long time and then all of a sudden you take that away from me. That’s like ripping out my heart. What am I going to fill it with? So there is this sense of loss.”
3 years ago – via The Athletic