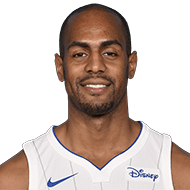 Marc Stein: NBA veteran Arron Afflalo, who is heading an ownership group that has pursued the Minnesota Timberwolves for 10 months, told @NYTSports he plans to launch a renewed purchase bid now that Glen Taylor’s exclusive negotiating window with Marc Lore and Alex Rodriguez has expired.
1 year ago – via Twitter TheSteinLine

Audacious dreams only require sustained belief. And here we find Arron Afflalo, the former guard who had a solid 11-year NBA career, during which he made very good, if not max, money — and who has quickly pivoted to a dream that may seem far-fetched on the surface: putting a group together to buy an NBA team. But the 35-year-old Afflalo has spent much of the last year doing just that, working with multiple significant financial players to try to buy the Minnesota Timberwolves. That bid fell short; though Afflalo did get multiple meetings with Wolves governor Glen Taylor, who entered into a letter of intent last month with a group led by former Walmart CEO Marc Lore and retired baseball superstar Alex Rodriguez, who plan to buy the team for $1.5 billion.
1 year ago – via David Aldridge @ The Athletic

Storyline: Minnesota Timberwolves Sale?
share
tweet
send
sms
email
Lore and Rodriguez are in the midst of their 30-day exclusive window to finalize the purchase from Taylor, and there’s nothing to indicate the agreement will fall through before a likely approval by the NBA’s Board of Governors. If, for some reason, that purchase does fail, through, Afflalo and his group would hope to re-engage. Otherwise, he’ll continue on his unlikely path of the last 10 months, identifying and partnering with people who have the kind of financial connections a just-retired grinder of a player like him doesn’t usually possess in pursuit of the next team that comes on the market.
1 year ago – via David Aldridge @ The Athletic

What was it like being in the room with Glen Taylor and making your presentation? Arron Afflalo: I’ll tell you one thing: Mr. Taylor is really sharp. For 80 years old, he’s really sharp. He’s had over 80 businesses throughout his career. And he understands people. … As a person, I learned a lot from him. I was most thankful because he continuously gave me an opportunity when I came with failed investors, or failed opportunities. He literally worked with me hand in hand for nine months. He was as accessible as I needed him to be. And so, he was a normal guy. I didn’t feel pressure that I was speaking to the owner of a team. The first time we spoke, he said, ‘look, Arron – I don’t know you. I know of you. Your fighting spirit is unbelievable. And if you need anything from me when speaking to investors, please call me.’ He was very accommodating.
1 year ago – via David Aldridge @ The Athletic

Storyline: Minnesota Timberwolves Sale?
share
tweet
send
sms
email
Why did you make a run at the Timberwolves? Arron Afflalo: That answer’s pretty easy. If this were any other team, I don’t think I would have had the equal fighting spirit. Knowing Ryan Saunders and knowing Flip Saunders very well, along with the George Floyd situation. … And then when you combine that with the space I was in with the hotel stuff, dealing with billionaire companies and billionaire people, it just created a natural synergy for Minnesota. I just felt that I could help, and be inspirational at the same time. I want to give a lot of credit to Ryan Saunders and Flip Saunders, and all that that city has been through, and Mr. Taylor, for that matter, recognizing that.
1 year ago – via David Aldridge @ The Athletic

An investment group led by former NBA player Arron Afflalo has engaged in talks to buy the Minnesota Timberwolves and Lynx, sources told The Athletic.
2 years ago – via Jon Krawczynski and Shams Charania @ The Athletic

This rumor is part of a storyline: 136 more rumors
share
tweet
send
sms
email
Afflalo’s team held discussions with the Raine Group, the search firm working with Wolves owner Glen Taylor to identify candidates, on Wednesday. Afflalo is partnering with entrepreneur Jay Bloom and several other deep-pocketed investors to make a run at buying the team, which first became available at the end of July. The group has not yet met with Taylor or any representatives of the Timberwolves for advanced discussions but is confident it has the financial means and long-term vision for talks to progress to that point.
2 years ago – via Jon Krawczynski and Shams Charania @ The Athletic