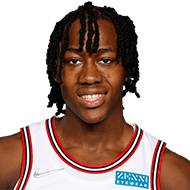 The No. 38 pick, in only his second road contest, scored 14 points on 6-of-6 shooting while helping the Bulls craft a wild 128-114, come-from-behind victory at Boston on Monday. Dosunmu, in 22 minutes off the bench, added four rebounds, two assists and two critical second-half 3-pointers, his last giving the Bulls a one-point lead with 6 minutes, 54 seconds remaining. It was a no-hesitation, catch-and-shoot hoist from the right wing off a kick-out from center Nikola Vučević that gave Chicago its first lead since midway through the second quarter. “He’s got a certain kind of makeup that I think is really special,” Bulls coach Billy Donovan said. “He’s ultra-competitive, and he has unbelievable confidence and belief in himself. But it’s not cross-the-line arrogant. That’s really a hard combination, where you believe in yourself but you don’t come across like you have all the answers. He just is fearless.”
1 month ago – via Darnell Mayberry @ The Athletic

share
tweet
send
sms
email
“It’s more length here at the NBA level, so I’m trying to understand what different angles I need to take to get the ball at a higher level. I did that good today on Al Horford, just putting the ball on the glass at a level where I know that it won’t be blocked. So basically, it’s just about me feeling it out and getting used to the game, watching film and studying my misses and try to turn them into makes.” Defensive bulldog. Transition terror. Quick learner. That’s the player Ayo Dosunmu is revealing himself to be. “You see bits and pieces continue to grow in his understanding of the game,” DeRozan said.
1 month ago – via Darnell Mayberry @ The Athletic

share
tweet
send
sms
email
Rob Schaefer: Zach LaVine on Ayo Dosunmu: “He doesn’t have any fear at all, offensively or defensively.” Later added: “He probably asks more questions than any rookie I’ve been around, on and off the court.”
2 months ago – via Twitter rob_schaef 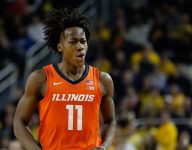 2020 NBA draft prospect Ayo Dosunmu: 'Chicago has helped me become the player I am today' 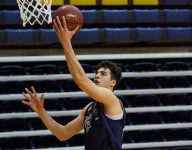 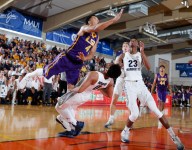