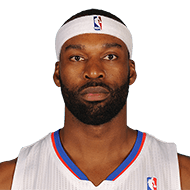 In 2003-04, Davis attempted 8.7 3s per game — the most of anyone in NBA history until that point and a record that would stand until Steph Curry’s peak more than a decade later. The 582 3s Davis shot that season are still a New Orleans franchise record. Until that point, the most 3s Davis had ever attempted was 5.8 per game. His uptick in 2003-04 was the result of two things. That season, the Hornets shifted to a perimeter-oriented attack under first-year coach Tim Floyd. They also had minimal offensive firepower after Jamal Mashburn, the team’s leading scorer the previous season, had knee surgery, which limited him to 19 games. “It was strictly about what we had and trying to play to our strengths,” Floyd said. “And that’s what I felt like what our strength was at that time: Baron and his talents. When he was physically fit and in shape and healthy, he was arguably the greatest talent that I coached.”
3 weeks ago – via CHRISTIAN CLARK @ New Orleans Times-Picayune

share
tweet
send
sms
email
It was not an especially efficient campaign for Davis. He converted 32.1% of his looks from 3, a middling mark. He attempted 10 or more 3s 29 times that season. In 12 of those games, he shot 25% or worse from behind the arc. Privately, some of his teammates grumbled that Davis was settling for jumpers when he could’ve been driving to the rim. Davis remembers it differently. “They were just stacking the defense and not letting me drive,” he said.
3 weeks ago – via CHRISTIAN CLARK @ New Orleans Times-Picayune

share
tweet
send
sms
email
Baron Davis: We have to find another way of voting for These Awards. Everyone who won deserved it. The media and writers whoever else We realize that 10% of the voters actually played basketball.
1 month ago – via Twitter BaronDavis

Baron Davis, the two-time NBA All Star, is getting in the blank-check game. Davis is joining the board of Bull Horn Holdings Corp., a new special purpose acquisition company, or SPAC, that intends to seek out a target in the sports, media or entertainment industries, according to people with knowledge of the matter.
1 month ago – via Gillian Tan @ Bloomberg

Baron Davis: When Blake (Griffin) came, and it was the year where we actually started the Lob City thing, we just started making an exciting thing right? The Lob City time, it was entertainment. We don’t win, we’re not be competitive. Yeah, we not ready yet, but we are going to be a show. Once I saw Blake I was like,’Man, perfect’.
2 months ago – via Athletes Unfiltered

share
tweet
send
sms
email
“The main thing I remember, in my mind, we got BD [Baron Davis], we got Stephen Jackson,” Lillard, who is from Oakland, California, told The Undefeated. “I was looking at our team like, ‘We got the toughness to beat them.’ ” Now 30, Lillard believes his Portland Trail Blazers, the 8-seed in the West, can do the same against LeBron James and the No. 1 seed Los Angeles Lakers.
2 months ago – via Marc J. Spears @ The Undefeated