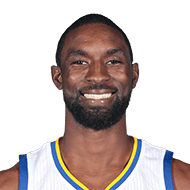 Former NBA guard Ben Gordon has been arrested after a Chicago McDonald’s security guard was punched in the face, police said. Gordon, 39, was charged with misdemeanor battery causing bodily harm and battery making physical contact, the Chicago Tribune reported Saturday. Gordon, who played for four teams during his NBA career, was arrested about 3:30 a.m. Friday when police responded to a report of a disturbance by a man who was being escorted from the McDonald’s. A 29-year-old man was hit in the face and thrown to the ground. A 21-year-old man was pushed and also thrown to the ground. Both men refused medical help. Police said Gordon was arrested at the scene.
1 month ago – via The Canadian Press @ TSN

Former NBA player Ben Gordon made bail after an alleged violent incident at LaGuardia Airport, only to be rearrested hours later. The ex-shooting guard was first cuffed at the Queens airport around 7:45 p.m. Monday after punching his child in the face with a closed fist, sources said.
2 months ago – via Elizabeth Keogh @ New York Daily News

share
tweet
send
sms
email
He was transported to Rikers Island pending his next court date, but made bail and was released on Wednesday, records show. Hours later, he was arrested again. The ex-baller was taken into custody at Harlem’s 32nd Precinct stationhouse for a 2020 robbery, police said.
2 months ago – via Elizabeth Keogh @ New York Daily News

share
tweet
send
sms
email
The ex-Chicago Bulls guard was brought to the NYPD’s 32nd Precinct in Manhattan on an outstanding warrant for a 2020 cellphone robbery after being released around 3 a.m. on a $50,000 insurance bond paid for by celebrity bail bondsman Ira Judelson, according to court documents and sources.
2 months ago – via Joe Marino, Mark Lungariello @ New York Post

share
tweet
send
sms
email
Gordon, 39, was booked for the March 13, 2020 incident, in which a 19-year-old woman claimed he grabbed her phone and she dropped it as she tried to make a call, sources said. She claimed Gordon had elbowed her during the scuffle, sources added.
2 months ago – via Joe Marino, Mark Lungariello @ New York Post

share
tweet
send
sms
email
The child had an existing order of protection against his father out of the state of Illinois from May 2018, court records show. An American Airlines employee said she saw the ex-basketball player abuse the child and yell at him after the kid dropped a book on the floor, the complaint stated. Gordon allegedly tussled with responding Port Authority cops — and tried to avoid getting handcuffed and put in a patrol car while declaring, “I am not going with you guys,” the complaint said.
2 months ago – via Joe Marino, Mark Lungariello @ New York Post

share
tweet
send
sms
email
An ex-girlfriend of former NBA player Ben Gordon claims a “Karen” who recognized him sparked his arrest for allegedly hitting his 10-year-old son. Gordon’s ex Ashley Banks said the “Karen” targeted the former basketball player after she recognized him Monday at LaGuardia Airport in New York, where he was arrested on allegations he struck his child. Gordon has been charged with assault and resisting arrest. Banks, who dated Gordon from 2016 to 2020, said he did not hurt his son, but that the “Karen” scarred the child for life. “The problem is the child was traumatized,” Banks told the New York Post.
2 months ago – via Landon Mion @ FOXnews.com