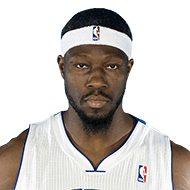 share
tweet
send
sms
email
“This is a great honor to be invited to the Chris Paul HBCU Tip-Off with some of the best HBCUs in the country. It will also be a great opportunity for our young men to tour the Basketball Hall of Fame in Springfield, Massachusetts, right after my teammate and Virginia Union’s very own Ben Wallace goes into the Hall of Fame in September. I would like to thank Chris Paul for continuing to give HBCUs the opportunity to showcase our prestigious schools on the biggest stage,” Virginia Union coach Jay Butler said in a statement.
1 week ago – via Marc J. Spears @ The Undefeated

“I have no doubt that Chauncey is going to make a great head coach,” former Piston teammate Ben Wallace said. “Hell, if I was a little bit younger, I’d go try out for the Portland Trail Blazers. “I knew from the moment he first walked into the gym with the Pistons, he took control. He was the floor general, getting guys in position and leading the team. The way he was able to control our offense and run our show, and at times force our coaches on the sideline to take a backseat, because he’s already got three or four plays in his head that we’re running.”
1 month ago – via Dwight Jaynes @ NBC Sports

James Edwards III: Ben Wallace: “I think my game would be (perfect) for today’s game. The game was built for giants. Now there’s freedom to run, move and it’s a lot faster.” “I think the game got a little bit soft.”
1 month ago – via Twitter JLEdwardsIII

share
tweet
send
sms
email
Rod Beard: #Pistons Ben Wallace on his future in coaching/front office: “I would coach, but I hope and pray that I don’t run into a guy like Ben Wallace … what I can bring to the game goes a little past coaching.”
1 month ago – via Twitter detnewsRodBeard

Rod Beard: #Piston Ben Wallace on similarities with Isaiah Stewart: “I see a lot of myself in him…I don’t want to see another Ben Wallace; I’ve closed that chapter. I would like to see guys take pieces of my game and add it to my game.”
1 month ago – via Twitter detnewsRodBeard