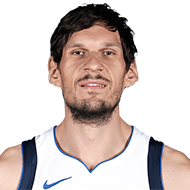 Kyle Goon: A light-hearted note from the bubble: For the last day, we’ve noticed that the Euro bigs have been hanging out together and socializing, singing loudly late last night. Nurkic, Jokic, Zubac, BOBAN, Doncic. My friends, it’s the Bloc Party.
3 months ago – via Twitter kylegoon

If I was a sports television executive, this paragraph would get my attention. You are endlessly searching for talent who can connect with an audience, someone who possesses the ability to engage without literally being in the same room with you. It took 30 seconds on Wednesday night to see Marjanović has that. “I agree with you that there’s gotta be a place on TV for a guy as engaging as Boban,” said Ernie Johnson, the host of “Inside The NBA,” when I told him about this piece. “I don’t think that would be a traditional studio role. I just don’t see you sticking him behind a desk. He has such an outgoing and fun-loving way about him that I could see him as the perfect tour guide of the NBA bubble, giving everybody a unique look at how things really are on campus. With his personality you know he’d have great interactions with all the players down there (teammates and opponents).”
3 months ago – via Richard Deitsch @ The Athletic

share
tweet
send
sms
email
Said former ESPN executive Tim Scanlon, who now works as a vice president for Octagon where he leads the company’s broadcast talent representation group: “Boban is a gem. My initial thought when I saw him on Turner’s post-game show was a media star is born. First, start with his name. He has a memorable single name for the game, the fans, the press. Michael, Magic, Kobe, Lebron, Shaq, Dirk, Luka, Boban. What is very unusual is that Boban connects with everyone and he is doing so in a new or second language. Most international athletes tend to be guarded and careful with post-event English language interviews. Boban trusts himself and his sense of humor. My sense is that he would be fine with X&O analysis and strategy in a studio or even a game telecast, but his personality is suited for, and plays well, in a fun, unscripted studio environment like Turner’s show.”
3 months ago – via Richard Deitsch @ The Athletic

Have you seen the [subreddit] of Boban Holding Things? Marjanovic: “I heard about that but I’ve never seen it before. A couple of times my friends told me about it and people ask me about it, but to be honest I haven’t seen it. But I know what it is about.”
4 months ago – via SportsDay Staff @ Dallas Morning News