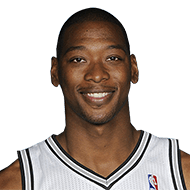 Before winning four state championships and back-to-back Mr. Basketball awards at Simeon, Parker attended camps where Chicago players he looked up to — such as Corey Maggette, Bobby Simmons and Antoine Walker — worked as instructors. “But the one that stands out for me is the Juwan Howard camp,” Parker said. “That’s why I loved every second of his Michigan hire. I know he really, truly loves the kids. He doesn’t need to coach. But his enjoyment for it and his energy toward it helps everyone around him. “Chicago basketball is a brotherhood. That’s why we need to come back. It’ll be a great summer for kids to have these memories. And I teach them most importantly to have fun. Do everything with hard work and emphasis. But if you’re not having fun, all that goes out the window.”
1 year ago – via Chicago Tribune

share
tweet
send
sms
email
A former NBA player who was robbed by a member of a notorious Chicago street gang had trouble remembering details of the 2006 crime, to the irritation of the attorney representing a defendant being tried on racketeering charges. Bobby Simmons testified Thursday in the trial of six alleged leaders of the ultraviolent Hobos street gang. Speaking softly into a microphone, Simmons told Assistant U.S. Attorney Timothy Storino he “can’t remember everything that happened,” when one of the defendants, Paris “Poleroski” Poe, allegedly stole a $200,000 gold and diamond necklace from Simmons, who played for the Milwaukee Bucks at the time.
4 years ago – via Belleville News

share
tweet
send
sms
email
Ten years after he got in a car chase with the man alleged to be one of the deadliest members of Chicago’s so-called “super gang,” former NBA player Bobby Simmons is expected to testify Thursday at the Hobo street gang’s federal racketeering trial. Paris “Poleroski” Poe opened fire on Simmons during the chase in June 2006, prosecutors say. Poe is the same man accused of executing two informants who snitched on the Hobos to the Chicago Police Department and the FBI.
4 years ago – via Chicago Sun-Times

share
tweet
send
sms
email
The feds say Poe robbed Simmons of a $200,000 white gold necklace outside a North Side nightclub on June 11, 2006. Simmons handed over the necklace but then chased Poe — along with several other people — as Poe fled in a car driven by alleged Hobo Arnold “Armstrong” Council. Poe allegedly shot at Simmons’ car but then jumped out of Council’s car and ran.
4 years ago – via Chicago Sun-Times

share
tweet
send
sms
email
Simmons, for his part, has maintained his basketball training while managing his business ventures in Chicago. The 6-foot-6 forward carved a decade-long career providing size on the wing and an outside presence, averaging nine points on nearly 40 percent shooting three-point shooting after being a second round draft pick in 2001. He latched on with the Los Angeles Clippers late in the 2011-12 season and sat out last year. At 33 now, Simmons still believes he has basketball left to offer a team in the NBA. “Of course I can help a team, but it’s a business of basketball,” Simmons told RealGM. “Just finding that right fit, having the opportunity. I’m still training. I just do my job and stay in the gym. I’m always ready.”
7 years ago – via RealGM