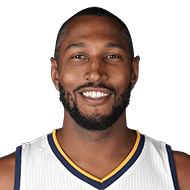 “You look historically with the guys that we’ve had here,” Wright says about Sochan. “He kinda reminded me a little bit of Boris, just kinda worldly. His interests and hearing about how he thinks about basketball, but life outside of basketball, really lined up with what we kinda hoped to be and what we hoped the environment and culture to be. So we think he’s going to add to us both on and off the court.”
1 week ago – via TalkBasket

Jay King: Draymond Green: “I studied Boris Diaw so much early in my career.” Green said it was “very special” how Diaw outthought his opponents.
3 weeks ago – via Twitter ByJayKing

share
tweet
send
sms
email
Law Murray: Nicolas Batum said that his role now as the starting center of the Clippers has been inspired by his good friend and fellow Frenchman Boris Diaw and Draymond Green.
1 year ago – via Twitter LawMurrayTheNU

share
tweet
send
sms
email
Boris Diaw: I did eight safaris in a row when I was playing because we didn’t have much time. And so for like eight years, I went every year. Where would you go? Diaw: South Africa is like a good place to start because it’s everything. It’s easier. Everything is close. You got small planes that take you to all these places. Then I think Tanzania was pretty cool, but my favorite was Botswana. There’s a place called Okavango Delta, which is like flooded in some seasons and then it gets dry sometime, and then you got all the in between so it’s pretty cool you got all the animals all the life the predators also coming because of all the life and so it’s just a great place to go. Any close calls on safari? Diaw: A few, a few [laughs].
1 year ago – via Logan Murdock, Raja Bell @ The Ringer

share
tweet
send
sms
email
Boris Diaw: The problem is when you go on foot sometimes. So if you want to go see more stuff and go check some stuff out then you’re going on foot and it gets a little more tense. So yeah, a couple close calls I got was on foot with like the hippopotamus, it was actually the most dangerous one. What happened with the hippopotamus? Diaw: We went on foot because we wanted to go see the crocodile by the water. But we were going through the stall grass, which actually was a bad idea. I don’t know what the ranger was thinking. Not a great idea when you got all the lions and everything around. So what happened with the hippopotamus? Diaw: Well, I just heard it coming through because that’s what I said. The one thing you don’t want to do is the hippo is going between him and the water because water is a safe place. And he goes out to eat some grass and then goes back to the water. But if you’re in between he’s just going to kill you to get back to the water.
1 year ago – via Logan Murdock, Raja Bell @ The Ringer