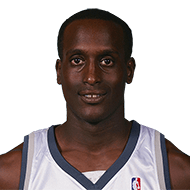 The annual Danny Thomas Celebrity-Am tournament is brining in a stacked list of national and local celebrities for Thursday’s event at Spring Creek Ranch Golf Course in Collierville. Penny Hardaway, Vince Carter, Chris Webber Brevin Knight and Garrett Temple are among the participants with an NBA background.
4 months ago – via Damichael Cole @ Memphis Commercial Appeal

share
tweet
send
sms
email
Brevin, you got in right when the core was intact and Grit & Grind was about a year away from being coined. What was the “wow, the Grizzlies are becoming a legit force” moment for both of you? Knight: For me, and I had only known the playoffs until two years ago. So I almost retired from this side because I said listen, if we’re not going to win, I’m not going to do this. As soon as I got here, you could see that this team had already formed an identity. It was just about what the young guys that they had, were they going to be able to understand how to win consistently. Their roles were defined, but they had a huge leader, and I don’t know if he gets enough respect, but Lionel Hollins was so intricate in allowing that to happen because first and foremost, he realized what the strengths of his team were. Not what everybody else was doing, but the strengths of this Grizzlies team was, how they could be good, but also, how they could embody what Memphis is. Because one thing that Lionel is, he’s a community person. He’s been that way since he was a player on through his coaching. He was able to embody what Memphis was on the court with players that were identical or very similar to hard work and blue collar. They were going to do whatever it took to find the positive. You could see right then that there was a culture and they found a way to win with that style and with that system.
3 years ago – via The Athletic

share
tweet
send
sms
email
That’s why all eyes are on Fizdale’s relationship with Latvian Kristaps Porzingis and rookie Frenchman Frank Ntilikina — the Knicks’ two international building blocks. Fizdale plans to fly to Latvia shortly. “If there was an issue of coaching internationals, it was a learning experience for him — one in which he didn’t have to deal with in Miami [with LeBron James, Dwyane Wade and Chris Bosh] in terms of their star players,’’ Knight said. “Now he’ll face it front and center being there in New York.’’
5 years ago – via New York Post

share
tweet
send
sms
email
“He’s a great people person, and it takes that to survive in the big media market,’’ Knight said. “That’s what attracted him to them. He’s engaging. If you want people to come back and love the organization, you want an engaging culture. “Fiz can give you a mixture of X’s and O’s, but can talk and relate to young players,” Knight said. “It takes the experience of sitting in that first seat to understand the difference how I dealt with players as an assistant and how I deal as a head coach. His 1 ½ years [in Memphis] will give more insight to be better with that.’’
5 years ago – via New York Post 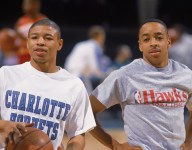 The shortest players in the history of each NBA franchise

The case apparently grew out of a 2008 lawsuit involving Brevin Knight, a former NBA player for the Cleveland Cavaliers, who sued George and the George Group over thousands of dollars in loans for a development project that were never repaid. George has been in jail since his conviction on four wire fraud counts in 2013. He represented himself while awaiting sentencing, attempting to toss out the verdict, after dismissing a series of attorneys.
7 years ago – via Newark Star-Ledger

Bob Finnan: Former Cavs guard Brevin Knight is the TV analyst for the Memphis Grizzlies
9 years ago – via Twitter BobCavsinsider