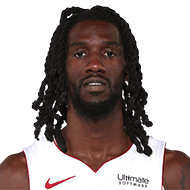 share
tweet
send
sms
email
Free agent guard Briante Weber has signed in France with BCM Gravelines, the team announced (Twitter link). Weber spent part of last season in France with Metropolitans 92, holding per-game averages of 12.2 points and 4.6 assists. He has made past NBA stops with the Grizzlies, Heat, Warriors, Hornets and Rockets.
2 years ago – via Hoops Rumors

Storyline: Briante Weber Free Agency
share
tweet
send
sms
email
And according to Vincent’s agent, Bill Neff, the reason was simple: “We picked Miami because they are the best at it,” Neff said of player development. “They’re the gold standard. I don’t see how you can turn down Miami considering the pipeline, the amount of attention — starting at the top with Pat Riley, [general manager] Andy Elisburg, and most of all [vice president/basketball operations] Adam Simon — that they have shown with this kind of player. All things being equal, I pick Miami, because they will be the best at it, them and Toronto. “When Miami shows interest, you listen and they were the first one to show interest. It gets your attention. Great system. They train their coaches. I had Briante Weber there. If I could pick any place for a G-League guy to go, it would be Miami.”
3 years ago – via Miami Herald

Bryan Kalbrosky: NBA free agent Xavier Munford will participate in a minicamp with the Timberwolves, as reported by @Darren Wolfson. He will be joined by former VCU star Briante Weber, per source.
4 years ago – via Twitter BryanKalbrosky

Former Miami Heat guard Briante Weber has been selected to participate in the USA Basketball trials for the national team in 3-on-3 basketball, a discipline that has been added to the Olympics, starting in the 2020 Games.
4 years ago – via South Florida Sun-Sentinel