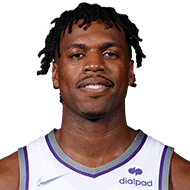 Position: G
Born: 12/17/93
Height: 6-4 / 1.93
Weight:212 lbs. / 96.2 kg.
Salary: $21,177,750
0 share
share
tweet
pin
sms
send
email
“I don’t know if they would get another big guy, with (Andre) Drummond there, but finding a way to make a deal for Richaun Holmes in Sacramento might be a way to give them some rim protection. The problem is, it is a tough fit with their salary structure, making the match, I don’t think you’d give up a Coby White for a guy riding pine in Sacramento.  I think they’d do well with a volume 3-point shooter, a Buddy Hield or Luke Kennard or even Duncan Robinson, if they could figure out a way to make that deal. But again, the contracts are not really there for that kind of deal,” the Eastern Conference executive told Heavy Sports.
2 weeks ago – via Thomas Darro @ Heavy.com

Buddy Hield has had a special start to the season on the court, shooting over 40% from outside and 46.3% from the field, his highest mark since 2017. But off the court, he has something else to be excited about. Hield, who turns 30 in December, just signed a contract extension with Nike. “It’s good, man,” he’s saying with a big smile on his face. “I’ve been a Nike guy for a long time. I’ve been in Kobe’s for a long time.”
2 weeks ago – via Scott Agness @ Fieldhouse Files

share
tweet
send
sms
email
Hield is from The Bahamas, attended prep school in Kansas and then played four years at the University of Oklahoma. They were a Nike school and that’s when he started where Kobe Bryant’s signature shoe regularly. “I always felt comfortable playing in those,” he said. “The shoes have a strong structure. I had a foot injury in college and after my foot injury, I started wearing Kobe’s. The lows came out and the structure fit the way I move, my mobility and stuff. It’s a win-win situation for me.”
2 weeks ago – via Scott Agness @ Fieldhouse Files 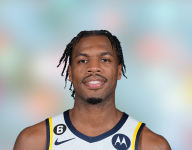 With the team’s trajectory trending south, sources indicate the front office is unlikely to attach those picks to a potential trade out of concern that such a transaction would not significantly change the course of the season. It is not universally believed internally that a trade for Indiana Pacers center Myles Turner and sharpshooter Buddy Hield would move the needle to title contention, sources say.
2 weeks ago – via Chris Haynes @ Bleacher Report

With those parameters, it’s hard to imagine the Lakers doing the long-considered deal with Indiana in which Russell Westbrook (and his expiring $47 million deal) would head to the Pacers along with the Lakers’ precious picks in exchange for big man Myles Turner and sharpshooter Buddy Hield. Especially considering Westbrook is playing much better of late. There is hope on the horizon after this season, as they’re on track to have maximum salary-cap space when Westbrook’s deal comes off the books. In the interim, though, there will surely be tempting deals that cross the desk of Lakers president of basketball operations Rob Pelinka. “If I’m the Lakers, I would be very cautious to (make a move) early because you’ve got a $40-plus million contract (in Russell Westbrook) plus two firsts, and everyone’s going to want to play there,” front-office executive No. 4 said. “So you want to wait for the best player available who’s going to help you not just now but in the future.”
3 weeks ago – via Sam Amick @ The Athletic