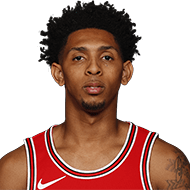 John Hollinger: Cam Payne’s deal with Phoenix has a lightly-guaranteed team option for next season. The Suns now have FIVE backup point guards.
5 days ago – via Twitter johnhollinger

This rumor is part of a storyline: 11 more rumors
share
tweet
send
sms
email
Kellan Olson: Cameron Payne signing by the Suns is official
6 days ago – via Twitter KellanOlson

share
tweet
send
sms
email
Josh Lewenberg: The Raptors have waived Cameron Payne, Devin Robinson and Matt Morgan. Some or all of them may end up with the 905. Roster is down to 17. 15 will make the team, they also have both of their 2-way spots open.
9 months ago – via Twitter JLew1050

Shams Charania: Guard Cameron Payne has agreed to a two-year deal with the Toronto Raptors, league sources tell @The Athletic @Stadium.
12 months ago – via Twitter ShamsCharania

This rumor is part of a storyline: 11 more rumors
share
tweet
send
sms
email
Shams Charania: After a strong summer league, the former OKC Thunder lottery pick receives partial guarantees in first season and an opportunity to compete for reserve PG spot in Toronto.
12 months ago – via Twitter ShamsCharania

share
tweet
send
sms
email
Penny Hardaway just assembled the nation’s No. 1 recruiting class for the 2019 class at the University of Memphis. But he’s made time in recent months for a former Team Penny AAU standout in Cameron Payne, who is averaging 19.3 points through his first three games as a member of the Dallas Mavericks’ summer league team. “He’s a point guard and he’s teaching me with film, teaching me defensively,” Payne said. “I’m just blessed to be able to work with him.”
12 months ago – via Memphis Commercial Appeal

share
tweet
send
sms
email
Payne’s basketball journey has brought him back through Memphis, where he’s been “grinding, grinding, grinding” in the gym with Hardaway and another local prospect, Antonius Cleveland, who is also on the Mavericks’ summer league team. That work is paying off in the summer league, where Payne is shooting 45.8% from 3-point range. “We’ve sat down and watched film,” Payne said of Hardaway. “He’s been working on my passing. The good thing about him is he doesn’t just work on trying to score. He works on passing. I throw full-court passes, pocket passes.”
12 months ago – via Memphis Commercial Appeal

Cameron Payne’s time with the Cleveland Cavaliers has ended. Payne’s second 10-day contract expired on Friday night, leaving the Cavs with the choice to move on or sign the 24-year-old point guard to a contract for the remainder of the season.
1 year ago – via Cleveland Plain Dealer

Storyline: Cameron Payne Free Agency
share
tweet
send
sms
email
John​ Paxson won’t​ waste​ your​ time​ arguing that the Cameron Payne trade​ was a good​ basketball​ deal. He will,​ however,​ defend​​ one of his most despised decisions as a good business deal. “What we gave up was Doug McDermott and Taj (Gibson), who, given the youth of our team, we weren’t going to re-sign that summer,” Paxson, the Bulls executive vice president of basketball operations, told The Athletic in late 2018. “So for us, it looked like an opportunity to see what kind of a point guard he could be.”
1 year ago – via The Athletic

share
tweet
send
sms
email
For the Bulls, it brought a humbling end to a failed experiment that served as the latest stain on the front office. For Payne, it was an unceremonious but necessary conclusion to what had become the cruelest chapter of his young career, a period that exposed Payne, through career-altering injuries, rampant losing and ruthless ridicule, to the dispiriting side of professional basketball. Payne’s goal now is simple: be remembered as something more than Russell Westbrook’s old dancing partner. “We probably did Cam a disservice to throw him into the fire right away because we weren’t set up, really, to do that,” Paxson said. “And that hurt him, I think, because he didn’t have success early.”
1 year ago – via The Athletic

share
tweet
send
sms
email
Payne never made excuses for his erratic play. But he felt the fans’ love for Gibson, coupled with their subsequent disappointment in watching him be traded away, played a sizable role in how he was perceived from the start. “It was huge just because that was their guys,” Payne said of Gibson and McDermott. “Those were the fans’ guys. The fact that I come in and nobody knows me because I haven’t really played. And the way Gar and them portrayed me to be just the next greatest thing — you know. I mean, I’m a young guy. I haven’t played that many games. I’ve got to play to get comfortable also. So I feel like that’s all it was. And I came in on a playoff team. So it was also tough there. It’s just a tough situation.”
1 year ago – via The Athletic

Jaron Blossomgame, Cleveland’s other two-way player, still has more time that he can spend with the Cavs. But his days are also starting to run out. A source said the Cavs’ plan for now is to either send Blossomgame back down Canton when his NBA time is up or he could be a candidate for the team’s final roster spot, depending on what happens with Cameron Payne.
1 year ago – via Cleveland Plain Dealer

share
tweet
send
sms
email
“You make decisions and hope for the best,” Paxson said about releasing Cameron Payne. “The reality is both Arch (Ryan Arcidiacono) and Shaq (Harrison) have outplayed him. They fit what we want to do. Cam had some struggles with his foot and trying to get him back. “What it does is it gives Chandler an opportunity to play. He’ll play some significant minutes I would think,” said Paxson. “He has to live up to the standards that Jim wants and we want. But he’ll get opportunity. We still have some decisions to make with our roster. But our young guys will play. We’re going to be starting a really young team. Looking long term and big picture, this is about the future. We think a year and a half into the big move we made (trading Jimmy Butler), we have to focus on that. It’s hard to lose. You walk into the locker room and guys are competing, coaches are preparing, so that’s hard. But from my seat, Gar’s (Forman) seat, ownership’s seat, we have to keep the big picture in mind. And that’s what we’re doing.
2 years ago – via NBA.com

With the trade, Chicago has 16 players on its roster and will need to waive a player. Management was still working on that decision Thursday night; however, the team likely will waive guard Cameron Payne, league sources said. After the Oklahoma City Thunder selected him 14th overall in the 2015 NBA draft, Payne, 24, has struggled to stay healthy and find traction in the league.
2 years ago – via ESPN

share
tweet
send
sms
email
At one point during a mid-November game at Milwaukee, guard Antonio Blakeney took exception to Hoiberg subbing him out and asked, in what team sources say was a show of rebellion, “Why the fuck are you taking me out?” His query was posed loudly in front of the team bench. Hoiberg later re-inserted him without reproach, sources said. Two weeks later, Blakeney mysteriously was supplanted in the rotation by Cameron Payne, whose inconsistency caused him to slip from emergency starter to third-stringer.
2 years ago – via The Athletic

share
tweet
send
sms
email
Blakeney, remember, is not a high-prized lottery pick. He’s the reigning G-League Rookie of the Year clawing to stay in the league. If he can get away with that, what could Zach LaVine pull? The answer is anything he wanted, according to a team source who said LaVine was given carte blanche by Hoiberg. Internally, there was concern players would revolt more as the season marched on, with the defiance manifesting itself in numerous ways, be it players taking ill-advised shots or talking out of turn.
2 years ago – via The Athletic

KC Johnson: This is probably obvious given way both played last night, but Fred Hoiberg said Ryan Arcidiacono will remain starting PG vs. Mavs with Shaquille Harrison as backup. Cameron Payne remains out of rotation.
2 years ago – via Twitter KCJHoop

share
tweet
send
sms
email
Arcidiacono averaged 2 points and 1.5 assists in 23 NBA games with the Bulls last season with solid defense. Hoiberg has deemed starting and rotation spots “open competition.” Arcidiacono is pushing backup point guard Cameron Payne with that in mind. “He pushes everyone to their limits with his intensity,” Hoiberg said.
2 years ago – via Chicago Tribune

KC Johnson: Cameron Payne and Brandon Jennings, who were barking at each other most of the 1st half, drew double technical fouls as they left court before halftime.
2 years ago – via Twitter KCJHoop

Bulls point guard Cameron Payne is set to make his season debut Thursday against the 76ers after he foot surgery sidelined him for nearly two-thirds of the season. He’ll play secondary to Bulls starting point guard Kris Dunn.
2 years ago – via Chicago Sun-Times

Nick Friedell: Cam Payne will rejoin the Bulls after the All-Star break. Both Fred Hoiberg and John Paxson have made it very clear that he will play when he returns.
2 years ago – via Twitter NickFriedell

KC Johnson: Paxson also said Bulls will look at Cameron Payne “sometime after the All-Star break.” It’s so on.
2 years ago – via Twitter KCJHoop

share
tweet
send
sms
email
KC Johnson: McDermott in town means Cam Payne talk. Hoiberg: “We hope to get him back in the next six weeks and give him a real look to see what we have with him. He’s a guy who can push the ball up the floor.”
3 years ago – via Twitter KCJHoop

With no clear point guard, do Bulls have the assets for Eric Bledsoe?

Mike McGraw: #Bulls exercised ’18-19 options on Dunn, Valentine, Grant, Payne and Portis. Those last two are surprising, but they are reasonably priced.
3 years ago – via Twitter McGrawDHBulls

Chicago will have until October 31st to decide on the 4th year team option for Cameron Payne. The 3rd year point guard is out 3-4 months after undergoing surgery on his right foot. Payne would have a $3.3M cap hit if the Bulls elect to exercise his option for 2018-19.
3 years ago – via ESPN

David Aldridge: Bulls announce G Cameron Payne will be out 3-4 months after foot surgery Wednesday.
3 years ago – via Twitter daldridgetnt

The Bulls might be moving on from Payne, as well, and a source close to the situation explained Thursday why that might be best for the -organization. “We knew the second practice [after he was acquired] that he couldn’t play at [an NBA] level,’’ the source said. “The only reason it took two practices was because we thought maybe it was nerves in the first one.
3 years ago – via Chicago Sun-Times

share
tweet
send
sms
email
“Any [Bulls] coach who says differently is lying. . . . We got ‘Garred’ on that one.’’ The source was referring to general manager Gar Forman, who sent Taj Gibson and Doug McDermott to the Thunder for a package that supposedly was highlighted by Payne. The front office even called Payne “the point guard of the future.’’ But Payne played in only 11 regular-season games.
3 years ago – via Chicago Sun-Times

Chicago Bulls guard Cameron Payne will undergo surgery on his right foot Wednesday and is expected to be sidelined until late November, league sources told The Vertical. The Bulls acquired Payne at the trade deadline last season as a potential point guard of the future, and Payne had started the summer positively in his workout regimen and participated in summer league before re-aggravating the foot.
3 years ago – via Yahoo! Sports