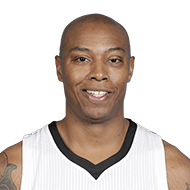 Justise Winslow spoke to former NBA forward Caron Butler on the league’s Twitter feed on Friday afternoon and expressed concern about the continuation of the season, the same way he did on his Instagram page on Thursday evening. “The bubble is tricky man,” Winslow told Butler. “From the COVID standpoint, I don’t think it’s a great idea just to have all these people in a bubble and tight spaces. It’s almost the opposite of social distancing. We’re going to have workers who are working for Disney; they’re going to be going home and seeing their family and doing whatever they want to do but then they are going to come back.”
10 months ago – via Andrew Lopez @ ESPN

Storyline: Coronavirus
share
tweet
send
sms
email
Winslow did touch on the money issue in his interview with Butler. “But at the same time, I’m a competitor. I want to play,” Winslow said. “I want my money even though it’s not all about the money. It’s still a business. So if these owners are going to get paid, I want my fair share as well. It keeps going back to jus the dynamic of players want more money and owners want more money so how can we do this without killing each other or knocking each other down or being disrespectful.”
10 months ago – via Andrew Lopez @ ESPN

Chase Hughes: John Wall said on @Caron Butler’s podcast today there are plans for the Wizards & Mystics to march from Capital One Arena to the Martin Luther King Jr. memorial on June 19. Juneteenth is the anniversary of slavery ending in the U.S. John indicated plans aren’t finalized yet.
10 months ago – via Twitter ChaseHughesNBCS

John Wall has had many battles with Kyrie Irving on the court, but he stands with him in what has become the league’s biggest off-court storyline. Irving has sounded some alarms about the NBA’s restart at Disney World, saying players should consider not going in light of recent protests around the country seeking social justice reform. Wall explained on ‘The Tuff Juice Podcast’ with Caron Butler why he feels the same.
10 months ago – via Chase Hughes @ NBC Sports

Storyline: Coronavirus
share
tweet
send
sms
email
Wall further clarified to say that even if he was fully healthy, he wouldn’t go. Wall, of course, is continuing through a lengthy recovery from a ruptured Achilles tendon. He is not going to play anyways for that reason. But if he were in the same boat as the rest of the players, he wouldn’t go. “If I was healthy enough to play, I wouldn’t want to go play,” he said. “What am I going, just to play eight games? I’m not going for just eight games and then coming back home.”
10 months ago – via Chase Hughes @ NBC Sports