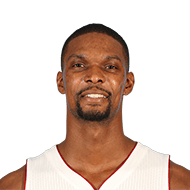 Because of that, it should come as no surprise that Nowitzki couldn’t stand LeBron James, Dwyane Wade, Chris Bosh and the Miami Heat. That tidbit comes courtesy of Nowitzki’s longtime teammates J.J. Barea, who revealed Nowitzki’s hatred for the Heat on JJ Redick’s podcast. Barea made the following comments about Nowitzki around the 35 minute mark of the podcast: “[Nowitzki] was not going to let us lose. The way he prepared the whole year for it. He hated Miami. He hated LeBron, Wade, Bosh. He’s never going to say that, but he couldn’t stand it.”
3 weeks ago – via Chris Cwik @ Yahoo! Sports

This rumor is part of a storyline: 197 more rumors
share
tweet
send
sms
email
Chris Bosh: I’ve gone from being a Hutchins, Texas kid just playing ball with friends at the playground every day to an NBA Hall of Fame candidate. As I think about it, my whole career flashes through my eyes. From Hutchins Park, to Kennedy Curry Middle School, to Lincoln High School, to Georgia Tech, to Toronto, and then finishing in Miami. What a ride! Now, when I look back on my life as a ball player, all I can do is smile. Because my time in the NBA may have been an unfinished piece but I wouldn’t trade it for the world.
3 weeks ago – via Chris Bosh @ The Last Chip

share
tweet
send
sms
email
Per Shams Charania of The Athletic and Stadium, James’ new deal with the Lakers will run through 2022-23. So much for the notion that James might take a $10-15 million discount next offseason to make room for Antetokounmpo. James may have taken a haircut to join the Miami Heat with Dwyane Wade and Chris Bosh in 2010, but history will not repeat.
2 months ago – via Eric Pincus @ Bleacher Report

LeBron James has caught no shortage of flak for how he announced he was joining the Miami Heat back in 2010, but there was apparently at least one person who had a problem with how he left the team as well. That person would be Chris Bosh, who discussed the circumstances of his former MVP teammate’s departure for the Cleveland Cavaliers in free agency during an appearance on Thursday’s episode of the “All the Smoke” podcast. When asked by host Matt Barnes how James told him of the decision, Bosh was blunt. “Through a text.”
2 months ago – via Jack Baer @ Yahoo! Sports

share
tweet
send
sms
email
Chris Bosh: I thought he was BSing, and then about 10 minutes later it’s everywhere. I understand it. I get it. At the time, I didn’t understand it. At the time, in my mind, I was ready to put the team back together because we had just lost. So we wanted to put something back together so we could win, and it really didn’t go like that. I took offense to it, to be honest with you, at first. I was only thinking of how I felt about it.
2 months ago – via Jack Baer @ Yahoo! Sports