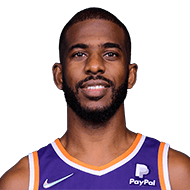 Paul had 27 points in a monumental Game 4 win in Oracle and then helped will the Rockets to a Game 5 win in Houston, giving them a 3-2 lead and a game from his first NBA Finals. But in the final minute, he strained his hamstring. Paul was forced to watch Games 6 and 7, as Curry, Kevin Durant and the Warriors strode away with a conference crown that was nearly his. “Is that the biggest ‘What if?’” Paul repeated a question. “I don’t think it’s a ‘What if?’ Because the one thing I do know is if that injury had not happened — then I got injured in December the next year — if those (hamstring) injuries don’t happen, I know for a fact that I’m not playing right now and enjoying myself the way I am right now.”
6 days ago – via Anthony Slater @ The Athletic

“We’ll see how his career ends up, but there’s a category of guys who are undoubtedly top tier talent of their era,” Curry said. “It’s the nature of the ball not bouncing your way here or there, injuries, breaks, stuff like that. But perennially, a guy like CP, you want him on your team no matter what. He’s made every team he has been on competitive and better than they would be otherwise. However you calculate that or quantify that, it’s winning. You want to have the championships. “But nobody questions his ability to impact the game and to win at the highest level. The championship will probably be nice for him, but that’s not going to define him. You got guys like Charles Barkley, Steve Nash, Reggie Miller, a who’s who of Hall of Famers who haven’t won a championship. You understand how hard it is.”
6 days ago – via Anthony Slater @ The Athletic 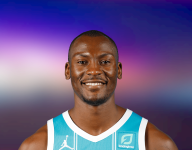 Chris Haynes: My @NBAonTNT report on Phoenix Suns star Chris Paul who had words with a few fans in Boston who were insulting 10-day signee Emanuel Terry. I detailed his message and the outcome.

My @NBAonTNT report on Phoenix Suns star Chris Paul who had words with a few fans in Boston who were insulting 10-day signee Emanuel Terry. I detailed his message and the outcome. pic.twitter.com/4BYdKkNcRY