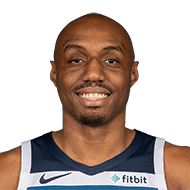 share
tweet
send
sms
email
It appears more likely that the team will decide to sign players it has worked out over the past few weeks, such as Thomas and former Minnesota Timberwolves and Los Angeles Clippers forward CJ Williams, sources said. The Nets have two roster spots left.
2 years ago – via The Athletic

Storyline: CJ Williams Free Agency
share
tweet
send
sms
email
NBA teams are allowed up to two players under two-way contracts. Those players spend the bulk of the season in the G League and a maximum of 45 days with their NBA team. Those players are paid a corresponding daily salary based on the number of days they play in each league. Only players with four NBA seasons of experience or less can sign two-way deals, which can be for either one or two seasons. A player has to be active for one day to get credit for a year of service. While two-way contracts generally go to young players with potential upside, some older players with overseas experience took advantage of the opportunity. C.J. Williams, who previously played in Greece, Italy, France, and the former D League, earned a two-way contract at 27 with the Clippers. “It’s a dream come true, to be honest,” Williams said. “I always wanted to play in the NBA and get an opportunity. It’s not exactly an NBA contract, but at the same time I get an opportunity, and that’s all I can ask for, and I’ve just been enjoying every moment of it, but I know my work isn’t done. I can’t be satisfied with just a two-way contract, I have to work to progress to get more.”
3 years ago – via The Athletic

Jon Krawczynski: Timberwolves have announced the signing of CJ Williams to a 2-way. @Shams Charania reported first
3 years ago – via Twitter JonKrawczynski