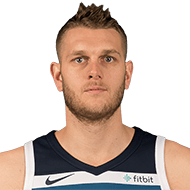 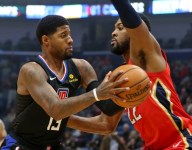 James Dolan had hired McKinsey & Company in the summer of 2013 in hopes of reorganizing how the Knicks and Rangers operated. He told the New York Post that the Grunwald firing was a result of the addition of McKinsey, whose employees worked around the team and, ostensibly, audited it. It was a unique circumstance. Professional sports teams are notoriously secretive — about proprietary information, about practice, sometimes even about starting lineups — and bringing an outside party into the inner sanctum raises eyebrows. It was no different around the Knicks. “It was a little bit of an elephant in the room for the coaches and the players,” said Cole Aldrich, a center on the 2013-14 team. “It was kind of where did these people fit in? They’re around but they’re not part of us but they kind of are. Like, what? Because I know at the end of the day, Dolan was spending a lot of money to have these people consult for him and the franchise. It was curious because they were there, but what were they doing?”
3 years ago – via Mike Vorkunov @ The Athletic 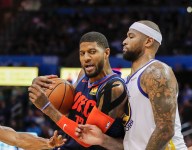 Darren Wolfson: Former #Twolves center Cole Aldrich on Ryan Saunders taking over as interim head coach: “Ryan has been a friend since high school. He’s going to be a great head coach. He has an unbelievable basketball mind.” Cole is currently stateside rehabbing a knee injury suffered overseas.
4 years ago – via Twitter DWolfsonKSTP

Chris Vivlamore: The Hawks have waived Cole Aldrich.
4 years ago – via Twitter CVivlamoreAJC

Storyline: Cole Aldrich Free Agency
share
tweet
send
sms
email
Bobby Marks: The Hawks announce that they have requested waivers on former first rd. pick Cole Aldrich. The center signed a non-guaranteed contract (not an Exhibit 10) in mid-September. Aldrich is being paid $685K by Minnesota for the next three seasons.
4 years ago – via Twitter BobbyMarks42