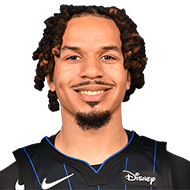 Position: G
Born: 05/15/00
Height: 6-3 / 1.91
Weight:190 lbs. / 86.2 kg.
Salary: $3,613,680
0 share
share
tweet
pin
sms
send
email
Anthony knows what Banchero represents to an organization — and city — that hasn’t been nationally relevant to the league since Dwight Howard left town in 2012. “I’ve been in the gym with [Banchero] a little bit already, seeing him out here, just doing what he does,” Cole Anthony says, dressed in a T-shirt celebrating Shaquille O’Neal’s Magic tenure on it. “He’s going to help us a lot. And now I feel like we can really start building something.”
2 months ago – via Nick Friedell @ ESPN

About 25 seconds into the trailer, a middle school-aged Cole Anthony says, “I’m happiest in the world when I get to play basketball – a whole bunch, like a lot.” The two-hour Nickelodeon sports documentary released in 2015 titled “Little Ballers” shares the journey of Anthony and his New York City-based New Heights AAU basketball team. Anthony’s mother, Crystal McCrary, created the film to inspire youth – not just on the court but in life in general.
6 months ago – via Josh Cohen< @ NBA.com

share
tweet
send
sms
email
Certainly not camera shy anymore – as you probably have noticed from his media interviews – Anthony admits that it took a little while to get used to being filmed. Once he and his teammates got comfortable with that, though, it became a normal part of their routine during practices, games, and other team functions. “In all seriousness, it was a really fun experience,” he said. “As a kid, we got to go to a Nickelodeon Kids’ Choice Awards, and just like having that camera around at ten, eleven years old, you are going to notice that. It was definitely cool. Looking back at it now, it’s something I always look back at fondly.”
6 months ago – via Josh Cohen< @ NBA.com

share
tweet
send
sms
email
McCrary, a lawyer, author, filmmaker, and social justice warrior, was able to get several NBA stars and other celebrities involved in the project. Amar’e Stoudemire, then playing for the New York Knicks, and rapper Lupe Fiasco were executive producers. Steve Nash, Russell Westbrook, Joakim Noah, Tyson Chandler, and Carmelo Anthony were some of the others that appeared on screen. “Anything that keeps kids off the street is very important,” Noah, then a member of the Chicago Bulls, said in the film. Also featured was Walt Frazier, one of the greatest NBA players ever and an extremely popular figure in New York as the Knicks’ television color commentator.
6 months ago – via Josh Cohen< @ NBA.com

Matt Barnes: After finding out details, Ime Udoke situation is 100 times uglier than we thought