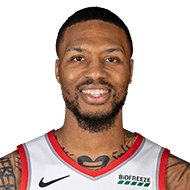 Portland Trail Blazers guard, and hip hop artist, Damian Lillard, who performs as Dame D.O.L.L.A. released the new music video for his song “Him Duncan” on Friday. The title of this song is a play on NBA legend Tim Duncan’s name but isn’t the only reference he uses. In the video, Lillard pays homage to various celebrities both in sports and pop culture.
3 days ago – via William Ricks @ ESPN

share
tweet
send
sms
email
He shows love to the late hip-hop artist Tupac Shakur first, creating a black and white version of Shakur’s 1996 album “All Eyez on Me.” He also gave a nod to Biggie Smalls, better known as The Notorious B.I.G. Lillard recreated Smalls’ iconic “King of New York” image by Barron Claiborne in the video. Lillard then pays tribute to track athletes Tommie Smith and John Carlos, who wore black gloves and raised their fists on the medal stand during the 1968 Summer Olympics to protest racial inequities in the United States.
3 days ago – via William Ricks @ ESPN

share
tweet
send
sms
email
He got the last brick in Portland, being around stars like Damian Lillard, Carmelo Anthony, CJ McCollum, the former head coach Terry Stotts, and the GM Neil Olshey. Portland made the NBA playoffs for eight consecutive seasons. For the first time, Hezonja played in a winning organization. “It was amazing there. I believe Dame is one of the best, if not the best, leaders out there in the league. I was looking at Dame very closely. And I was so happy that they brought Melo, even if he played in front of me. But I really didn’t care. When he practiced, I literally stared at him. I was so annoying. I was calling him for dinners, lunch. I think he hates me, honestly,” Hezonja laughs. “But I was always with Dame, always keeping an eye on those Hall of Fame type of players. I learned so much from them.”
6 days ago – via BasketNews 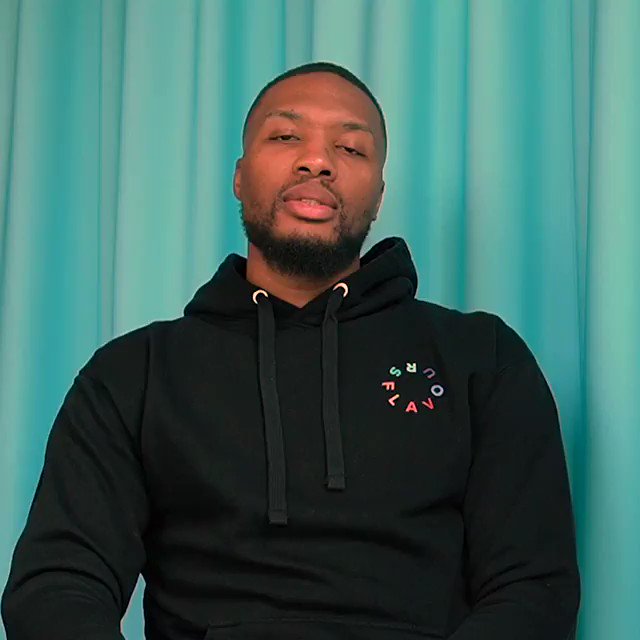 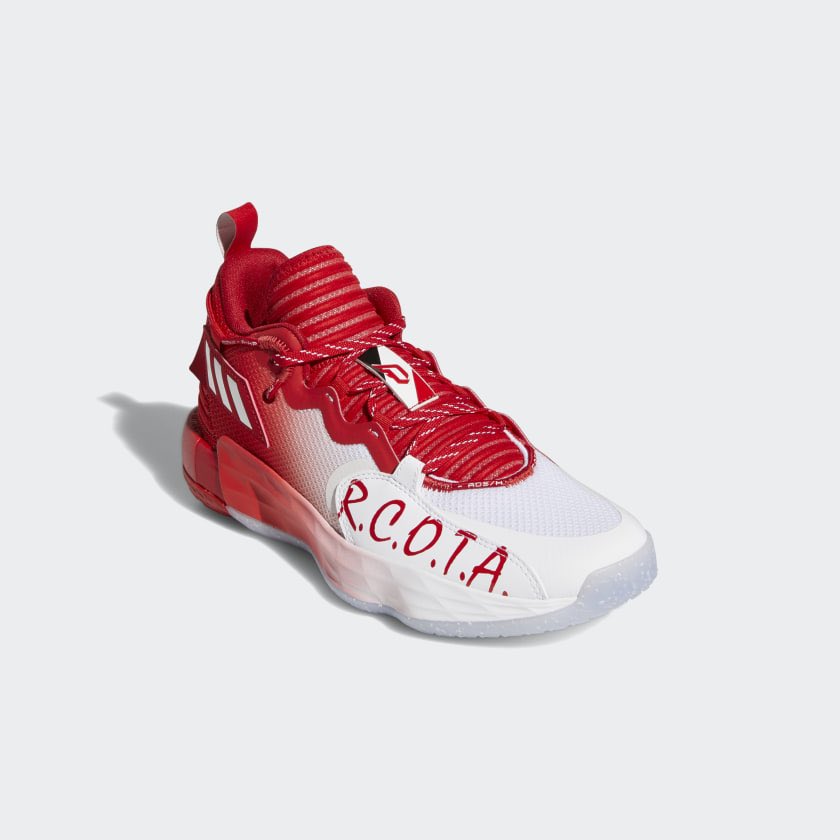 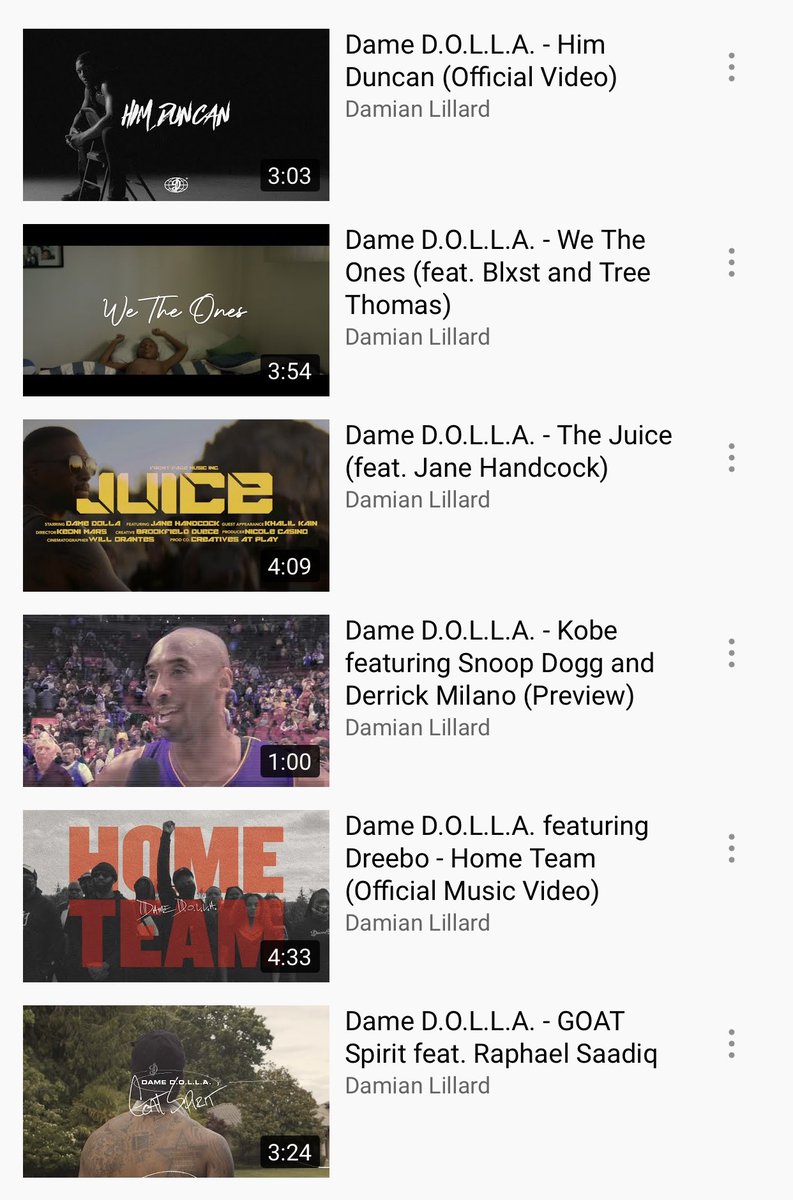 @Dame_Lillard
View more NBA social media
What where you initial thoughts on joining the Trail Blazers and what did you think of the team as an opponent that maybe you liked? Nance Jr.: So look, leaving Cleveland was obviously very bittersweet for me. I love (Cleveland), I’m from here, my dad played here, there’s so much history with my family here. But the chance, the opportunity came to come to Portland and it was impossible to pass up on. It’s a team I’ve been rooting for in the playoffs for a while now, just feel like it’s impossible to root against a guy like Dame and CJ, seems like they have great guys on the roster. I felt it was an opportunity where I really have a chance to step in and make a difference. This is a team that’s been on the edge of something special for a while now and the higher ups in the organization deemed me as someone that could help them get higher. I’m thrilled at the opportunity and I’m really looking forward to taking it. Getting a chance to play with players of this caliber doesn’t come around too often.
2 weeks ago – via Casey Holdahl @ NBA.com

share
tweet
send
sms
email
I’m sure that wanting to have success and to have the opportunity to succeed, but was there anything that changed to where you felt like you had to look for a win-now situation? Nance Jr.: It kind of hit me over the past few years watching the playoffs and watching the guys that really step up and shine in the playoffs, guys that you can’t take off the court. I fit that mold to a ’T.’ I’m sitting there watching PJ Tucker become a cult hero in Milwaukee and Bobby Portis, even a guy like Aaron Gordon or Torrey Craig kind of shinning in their roles and that type of stuff in the playoffs where they’re a versatile defender, can switch, knock down shots, can do a little bit of everything. I consider myself among that mold, I’m ready to show. It’s Dame and CJ’s team and I’m not here to throw my hat in that ring, I’m here to make their job easier, make their lives easier. I want to try to make it so Dame doesn’t have to take 35-foot shots, he can take 30-foot shots, you know what I mean? Anything to make those guys’ jobs easier and I know for a fact that I can certainly do that.
2 weeks ago – via Casey Holdahl @ NBA.com

share
tweet
send
sms
email
Damian Lillard: Everybody doesn’t have the luxury the best player in the world has lol… which is why ppl can’t just over dribble. But I get it

Why I laugh at these 🤡’s when they say only use 1-3 dribbles ….this is 8 by the best player in the world … please stop the over dribbling talk…maybe just maybe his handle is part of what he’s working on 🤷🏻‍♂️ ..prob why his handle is elite#tylerrelphbasketball #realhoopersknow pic.twitter.com/C0eCLkfl7t