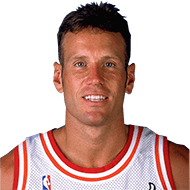 Tim Reynolds: By the way … The most 3s made in Heat history with only one miss? Two guys went 9 for 10 in regular season games … one was Dan Majerle and the other was Twitter legend @RexChapman
2 months ago – via Twitter ByTimReynolds

share
tweet
send
sms
email
Dan Majerle, one of the Phoenix area’s biggest sports figures in his days playing for the Suns, has filed a complaint in Superior Court against Grand Canyon University over the handling of his firing as head men’s basketball coach and the salary he believes he is due to receive. Arizona Sports first reported the story Monday night. Majerle did not comment when reached out by The Arizona Republic. His attorney, Dana Hooper, provided a copy of the complaint to The Republic. “Dan just wants what is fair,” Hooper said in an email. “This isn’t the route Dan wanted to go, but he had no other option.”
5 months ago – via Richard Obert @ USA Today Sports

share
tweet
send
sms
email
The complaint says that interim Athletic Director Jamie Boggs informed Majerle of the firing in a phone call. “During the call, Boggs did not give any reason for the termination and did not tell Majerle he was being terminated for Cause,” the complaint reads. “Boggs said the university decided that it was moving in another direction and said she was sorry. “A decision to ‘move in another direction’ is not grounds for Cause under the Employment Agreement.” Bob Romantic, executive director of public relations for GCU, issued a statement on the university’s behalf Tuesday morning:
5 months ago – via Richard Obert @ USA Today Sports

Former Grand Canyon University men’s basketball coach Dan Majerle is suing the school that fired him, according to court documents obtained by Arizona Sports. Majerle is suing under three causes for action, including breach of contract. The court documents detail Majerle’s firing and the wrongdoing he alleges, including not providing a severance provision.
5 months ago – via Arizona's Sports Page

share
tweet
send
sms
email
In game 6 of 1993 nba finals, Why did you immediately kick out to paxson instead of putting it up for 2. It was absolutely the right basketball play to make, I’m just curious because it was a decision you made in an instant, so I would love to know if you had any thought process in that very brief moment or was it just off instincts. Horace Grant: It was a combination of both. It was a very instinctive play because I saw in my peripheral vision that Danny Ainge and Dan Majerle were right there. They were right there, and I knew that someone was open. And it just happened to be a great shooter like John Paxson. So it was a combination of basketball instincts, and knowing that I had two guys on me. For example, during the Bulls’ second three-peat, when John Stockton came over and double-teamed Michael Jordan, he passed it right to Steve Kerr who made the shot. So it was a combination of both.
6 months ago – via reddit

A year later, in Game 1 of the 1993 finals against the Suns, Jordan used Dan Majerle to make the same point to Krause. “I knew that Jerry Krause loved Dan Majerle,” Jordan says, “and just because Krause liked him was enough for me. You think he’s a great defensive player? OK. Fine. I’m going to show you that he’s not.” Jordan toyed with Majerle, pausing before blowing past him, crossing him to the next state over, and chastising Krause without saying a word.
6 months ago – via Haley O'Shaughnessy @ The Ringer

Gerald Bourguet: “It was amazing. When I got Dan Majerle and Kevin Johnson, I thought I was in heaven.” — Barkley on breaking in the new America West Arena with a supporting cast
6 months ago – via Twitter GeraldBourguet