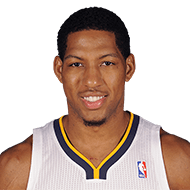 share
tweet
send
sms
email
My agent told me about a pickup game. He said there would be other pros there, so I went. The first time I went, there was already a game going on. I saw K.G., Paul Pierce, Paul George, Danny Granger … all these guys I’d seen and heard about for years. And they let me run with them that day. I went back as much as I could that summer. Sometimes, when I tell my friends back home about those games, they ask if I was ever intimidated. Yeah, maybe I was a little. But I think, at the same time, maybe people forget about 2008. They forget about Spain. They don’t remember how good our Spanish national team was — we made it to the Olympic gold medal game. I was 17. Seventeen! We lost to Team USA, but they had a crazy good team … Kobe, LeBron, D-Wade, and a bunch of other great players.
2 years ago – via The Players' Tribune 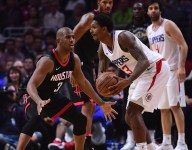 Basketball-Reference: Last night was Bojan Bogdanovic’s 2nd game with 35+ points and 5+ rebounds this season. In the last 10 years, the only other #Pacers to that multiple times in one year are Paul George, Victor Oladipo, and Danny Granger bkref.com/tiny/yCFGd
3 years ago – via Twitter bball_ref

share
tweet
send
sms
email
Paul George on the Danny Granger trade in Feb. 2014 that angered him … “I just want to touch on, man, on my situation. I’ve seen a guy that played for that (Pacers) organization, gave that organization everything they had, or everything he had, and was essentially traded to the dogs. And I’m speaking on Danny Granger, who was one of the better players in Pacers history. And at the time, they traded him to the Philadelphia 76ers. And this was a guy that was battling injuries, and that’s where you send him? The guy is trying to get back on his feet, trying to work back to this league, (and) you send him to the Philadelphia Sixers? Why, because that makes you better? Do what’s right by the player that’s given you everything. So (there) was a lot of that in my seven years there, a lot of that kind of played a role and (took) a toll on me on, ‘Well, what will they do to me now? Like, where would I go?’ So you know, it was, I think, God had me in this situation.
4 years ago – via USA Today Sports

share
tweet
send
sms
email
“If they can put something together in Oklahoma where they can win, will that mean L.A.’s completely out of play in free agency? No. L.A.’s always in play,” Granger said. “But it’ll be something he’ll have to consider if the Thunder can compete for a championship next year.”
5 years ago – via Oklahoman

Former Pacers teammate Danny Granger appeared on CBS’ “Reiter Than You” and gave his thoughts as to how things may play out over the next 12 months. “You look at him in that press conference (after losing to Cleveland) and his face and the dejection on it – the guy wants to win,” Granger said. “Money don’t make everybody happy, but winning and success and your craft, that does fill a void that a lot of these players have. So you can’t fault him if he leaves Indiana, I’ll tell you that.”
5 years ago – via Sporting News