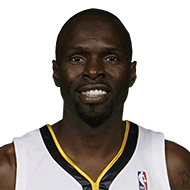 When Darrell Armstrong spotted Chris Paul in the NBA bubble a few days ago, Armstrong told the Thunder point guard his play this season was MVP finalist-worthy, before pivoting to something he found even more impressive: a recent photo of Paul wearing customized Alabama A&M Jordans. Armstrong, who enjoyed a 14-year NBA career and is now an assistant coach with the Dallas Mavericks, attended Fayetteville State University, one of just over 100 Historically Black Colleges and Universities still standing, and he had to let Paul know how grateful he was. “I told him I appreciate it,” Armstrong said. “We need support from…I don’t care who it is. We need support.”
5 months ago – via Michael Pina @ GQ.com

Eddie Sefko: Coach Rick Carlisle, J.J. Barea, Seth Curry and Darrell Armstrong have an 8:15 tee time Monday morning in the bubble. First day off for the team since arriving.
6 months ago – via Twitter ESefko

Early Monday afternoon, Luka Doncic posted on Instagram a photo of his car stereo, digitally stamped, “Dallas, Texas.” Soon after, Doncic posted a video of himself in the Mavericks’ practice facility, along with assistant coaches Jamahl Mosley and Darrell Armstrong, further evidence that Doncic indeed has returned from his native Ljubljana, Slovenia.
7 months ago – via Brad Townsend @ Dallas Morning News

share
tweet
send
sms
email
Roy Parry: As the Magic prepare to honor Darrell Armstrong for his induction into the Magic Hall of Fame, Mavericks star Luka Doncic was leading the applause from the Dallas players. Doncic was standing and watching the overhead scoreboard as highlights from Armstrong’s career played.
11 months ago – via Twitter osroyparry

When it comes to NBA pregames, it really doesn’t get much sweeter than this, as a little boy named Brayden Whitley, who happens to be a Dallas Mavericks fan, was spotted in the AAC audience on Thursday by Dallas assistant coach Darrell Armstrong. What D.A. saw? The boy’s sign, proclaiming that his doctor’s advice to “watch Luka Doncic play” could serve as a cure to the boy’s epileptic seizures. Our friend Dorothy Gentry of Texas Metro News records the moment, capturing the video of a little boy with epilepsy … and his interaction with Armstrong and then, eventually, onto the floor with Luka, the budding NBA superstar who leads in the early voting for the All-Star Game, is an early MVP candidate in just his second NBA season, and obviously has a soft spot for kids … as does D.A.
1 year ago – via Mike Fisher @ Sports Illustrated

share
tweet
send
sms
email
John Denton: Darrell Armstrong, who played for the @Orlando Magic from 1995-2003, will be inducted into the Orlando Magic Hall of Fame on Feb. 21 before the Magic face the Mavericks. Armstrong appeared in 502 games with ORL & averaged 11.7 points, 5.1 assists, 3.3 rebounds and 1.65 steals.
1 year ago – via Twitter JohnDenton555