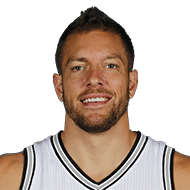 Position: -
Born: 04/29/83
Height: 6-9 / 2.06
Weight:249 lbs. / 113 kg.
Earnings: $94,282,468 ($106,081,176*)
0 share
share
tweet
pin
sms
send
email
Retired professional tennis player Caroline Wozniacki and her husband, former NBA player David Lee, are selling their condo on a private island in Miami’s Biscayne Bay for $17.5 million, Insider learned from real-state brokerage The Jills Zeder Group, which holds the listing. Their 8,430-square-foot residence is in the Palazzo Del Sol condominium building on Fisher Island, which is the wealthiest ZIP code in the US, according to Bloomberg. The average income is $2.2 million.
1 week ago – via Katie Warren @ Insider.com

share
tweet
send
sms
email
“David Lee was in front of me — David Lee was a great vet to me by the way, I love D-Lee to this day. But when we’re in practice, I’m trying to take David Lee’s head off,” Draymond told Champion. ” ‘You’re an All-Star. I’m sorry — but you’re in my way. I need that spot.’ “And I’m never gonna go about it in a way of trying to hurt you. Or I’m on the bench and I’m not cheering for you. I would never do that. But to me, it just felt like he was in my way. What do I have to do to move you out of my way? That was always my mindset.”
3 months ago – via Drew Shiller @ NBC Sports

share
tweet
send
sms
email
“I get back to Virginia and I’m supposed to go to Florida with my sister. My parents weren’t even going with me. It was their Midnight Madness. David Lee and I were friends. He was coming down from St. Louis. This weekend is going to be awesome. And then by like Tuesday night, I was like ‘man I don’t even want to go.’ The Duke thing was so heavy on me. So I was like ‘I’m just going to commit.’ I wanted to get the commitment out of the way and just enjoy the last two seasons of my high-school career so I committed that Wednesday to Duke. I got on the phone with Coach K and told him I was coming. If I had went to Gainesville, who knows?”
8 months ago – via Brad Crawford @ 247Sports

Tennis star Caroline Wozniacki and former NBA player David Lee tied the knot over the weekend at a star-studded wedding in Italy. The former No. 1-ranked women’s tennis player in the world and the two-time NBA All-Star had their ceremony Saturday at the Castiglion del Bosco Hotel — the same estate in Tuscany where Kate Upton and Justin Verlander were married in 2017.
2 years ago – via USA Today Sports

share
tweet
send
sms
email
Pau Gasol of the Milwaukee Bucks and Harrison Barnes of the Sacramento Kings, along with tennis player Angelique Kerber (another former No. 1), were among the 120 guests in attendance.
2 years ago – via USA Today Sports

share
tweet
send
sms
email
Nellie? After leaving the Warriors in 2010, he headed back to his home in Maui and fell off the basketball map. In 2013, I visited him at his home in Paia. He greeted me in flip flops, looking trim and tan, and led the way to the patio to smoke stogies—he’d cut out beer—and watch the waves, his two dogs lounging nearby. Later, once he figured out the DVR, we watched a Warriors-Grizzlies game. He cackled a lot, praised Andrew Bogut, and cursed David Lee. He took life at its own pace. Long afternoons. Shuffleboard out back of the bistro he owned. And, best of all, poker games in his upstairs man cave. There, he and his buddies—including Woody Harrelson, Owen Wilson, and Willie Nelson—would get magnificently stoned and play deep into the night. Once, he told me, a beloved regular, Greg Booth, passed away right there during the game, his aorta giving out. The coroner was late arriving, and the group looked to Nellie, who said, “”He’d want you to play on.” So they’d finished the game that night, stepping around Booth’s body to get to the veranda for a smoke. “Poor bastard,” Nellie told me, “but he went out doing what he loved.”
2 years ago – via Sports Illustrated