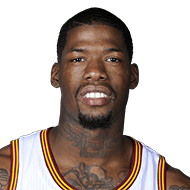 USA Basketball has picked the 12 players who will compete in the next two-game round of qualifying for the 2019 FIBA World Cup. Most of the picks are coming from the G League – Joel Berry II, Reggie Hearn, Scotty Hopson, John Jenkins, DeAndre Liggins, Chasson Randle, Cameron Reynolds, Richard Solomon and Travis Trice. NBA free agents Eric Moreland, Jarnell Stokes and Tyler Zeller were also chosen for the roster.
4 years ago – via NBA.com

The Miami HEAT announced today that they have signed guard Charles Cooke and guard DeAndre Liggins and waived Marcus Lee and Malik Newman. As per club policy, terms of the deals were not disclosed. Cooke, who signed a two-way contract with New Orleans on August 1, 2017, split last season between the Pelicans and the Greensboro Swarm and the Salt Lake City Stars of the NBA G League. In 25 G League games (10 starts) last season, he averaged 12.7 points, 4.0 rebounds, 1.8 assists, 1.40 steals and 25.3 minutes while shooting 45.2 percent from the field. He also appeared in 13 NBA games with the Pelicans, totaling six points, two rebounds, an assist and a steal in 38 minutes of action.
4 years ago – via NBA.com