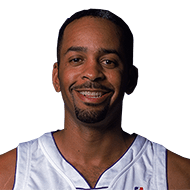 Warriors superstar Steph Curry has said on numerous occasions that he wants to play at least 16 NBA seasons. Why that number specifically? Because that’s how long his father, Dell, played in the NBA.
4 months ago – via Drew Shiller @ NBC Sports

share
tweet
send
sms
email
According to Darren Rovell of the Action Network, the Warriors six-time All-Star will link up with his father Dell and Aaron Rodgers for the first round of the competition on Thursday.
6 months ago – via USA Today Sports

share
tweet
send
sms
email
“I know he’s really looking forward to this year because he’s had a chance to play and practice and really concentrate,” Dell Curry said in a conference call. “He’s been able to unwind, as opposed to finishing the finals and a week later he’s in Tahoe without a chance to unwind and rest up. He has a real good short game. He’s definitely thinking that maybe it’s his year.”
7 months ago – via Jerry McDonald @ San Jose Mercury-News

share
tweet
send
sms
email
Curry was fortunate to be the son of NBA player Dell Curry. His parents, having grown up in rural Virginia, had experienced racism but were able to shield Stephen and his brother and sister while at the same time educating them on the matter. Curry, who was raised Charlotte, N.C., had a different experience. “I was surrounded by (racism) but I didn’t experience it as much because my dad was playing in the NBA and there was a certain benefit that came with that in terms of how people interacted with us,” Curry said. “Sports took us to a place where they could put it aside for a second and treat my dad and my family with a level of respect you could feel, but you never knew what was going to happen as soon as your back was turned.”
7 months ago – via Jerry McDonald @ San Jose Mercury-News

share
tweet
send
sms
email
“It was 1987, and I knew nothing about golf,” Dell Curry said recently when recalling how he came to what’s been an obsession ever since. Curry was participating in a charity event with some Cleveland Cavaliers teammates at the time. “I didn’t have shoes. They gave us the polo.”
8 months ago – via Ethan Strauss @ The Athletic

Tim Reynolds: Tonight at 7 ET on the NBA’s Twitter, Facebook, YouTube and Twitch pages, Ahmad Rashad hosts an “NBA Inside Stuff” reunion with tons of big NBA names from the 1990s. Muggsy, Dell, Clyde, Patrick, Karl, Reggie, Dikembe, GP, Nique, many others and “other surprise guests.” Hmmmmm.
8 months ago – via Twitter ByTimReynolds

share
tweet
send
sms
email
The second reason you heard for them passing was that Dell Curry informed the Wolves he did not want his son in Minnesota. Dell has confirmed this publicly several times over the years, so they were not wrong. The only problem with that theory is that Ricky Rubio’s camp made it pretty clear in the run-up that they would have much preferred to have him in New York rather than Minnesota as well, and the Wolves were so enamored with him that they just took him and held firm that he would eventually play here. Kahn did a very good job on that front, being patient and waiting two years for Rubio to come over, teaming with (assistant GM) Tony Ronzone to recruit him even after he was drafted, meet the family and assure them that Ricky would do well in Minnesota. They played it beautifully, which means they could have done the same thing with Steph, if they really believed he was a future star.
9 months ago – via Zach Harper @ The Athletic