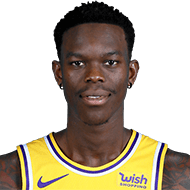 If Irving is, at 29, still figuring some things out about himself, determining what is and is not important to him, then good for him. He’s entitled to think out loud. I didn’t agree with his anti-media stance at the beginning of the season, but so what? People can disagree about one thing and agree on 100 others, and vice versa. One can only present his or her objection. People, including NBA players — many (certainly not all) of whom use the word in casual conversation — are going to be slow to convince. The word is like a weed, hard to extricate permanently. It’s hard not to feel like a scold sometimes. No doubt, this will be dismissed in some quarters as out of touch with the times. But words, still, matter. NBA players are asked to give their support to so many causes; I do not seek some sort of campaign (though the potential power of one would be substantial). Rather, the hope is that players continue the discussion themselves, among themselves, and that more stars speak up and speak out.
7 hours ago – via David Aldridge @ The Athletic

The Knicks face the Pelicans in New Orleans on Wednesday. So you will probably hear and read plenty about the future of Pelicans point guard Lonzo Ball, a potential Knicks target in free agency. But another lead guard on the Knicks’ schedule this week bears watching: Dennis Schroder. Schroeder is among the players on New York’s radar as the club looks ahead to free agency, SNY has learned.
2 days ago – via SportsNet New York

This rumor is part of a storyline: 9 more rumors
share
tweet
send
sms
email
New York will have enough cap space to make Schroder a competitive offer in free agency. The club is projected to have at least $50 million in cap space in the 2021 offseason. Point guard is a key position for the Knicks heading into the offseason — Elfrid Payton, Derrick Rose and Frank Ntilikina will all be free agents in 2021, so they will probably have at least one new lead guard in 2021-22. Between now and free agency in August, the Knicks will have to decide if Schroder is the right fit for a lineup that’s likely to heavily feature RJ Barrett and Julius Randle next season.
2 days ago – via SportsNet New York

share
tweet
send
sms
email
Schroder was responsible for a team-high five turnovers as the Knicks made L.A. look like a completely different team than the group that shocked the Brooklyn Nets with a 25-point win just a couple days prior. “It starts with me and I take the blame for it and we just got to do better,” said Schroder. The eight-year veteran who shut down contract extension talks with the Lakers last month, preferring to wait until the offseason, now ranks 37th in assists-to-turnover ratio among the 57 guards in the league averaging 30 minutes or more, according to ESPN Stats & Information research.
3 days ago – via Dave McMenamin @ ESPN

Dan Woike: Refs say Schroder was ejected for taunting. Question: “Zach, you called the first double technical there, what happened between Dennis [Schroder] and Kyrie [Irving]?” Zach Zarba: “Schroder and Irving went nose to nose, verbally taunting each other and had to be separated. So at that time, once I had to separate them, I gave them double technical fouls.”
5 days ago – via Twitter DanWoikeSports

Question: “The second one is where we’re a little confused. It looked like Tyler [Ford] called the one on Kyrie and Jason [Goldenberg] called the one on Schroder. What happened there that was away from you on the other side of the court? Zach Zarba: “After being assessed the first technical fouls, both players were warned again to move on. And so when Irving couldn’t stop yelling at Schroder, he was then assessed his second technical foul and ejected. And after Irving’s ejection, if you look at the video, Schroder kind of waves goodbye to him in a taunting manner, and that’s why he was issued a second technical foul and ejected.” Question: “So [Schroder’s] was not for words, it was for taunting?” Zach Zarba: “Correct. Schroder, the second one was for waving goodbye, that’s a taunt.”
5 days ago – via Twitter DanWoikeSports

share
tweet
send
sms
email
Mike Trudell: Dennis Schroder said he apologized to his teammates for getting tossed. He didn’t realize he got an initial tech with Kyrie, and thinks he got the second for waving bye after Kyrie got tossed.
5 days ago – via Twitter LakersReporter