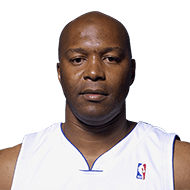 Position: -
Born: 06/21/67
Height: 6-10 / 2.08
Weight:270 lbs. / 122.5 kg.
Earnings: $91,366,800 ($165,201,104*)
0 share
share
tweet
pin
sms
send
email
ESPN: What role do you think you have played in influencing that next generation of the versatile big man on court, players who can shoot, dribble, be playmakers? Chris Webber: I think when you talk about big men who were versatile, it was Magic Johnson. That first came to me. Of course, Connie Hawkins. Of course, Mr. Finger Roll, Mr. Ice [George Gervin]. But when you looked at like a 6-9 guy … When I was in high school, they wouldn’t let the big guy be in the middle for 3-on-2 drills. And I remember fighting and asking, you know, could I be in 3-on-2 drills or playing with the guards, playing 21 where I had to shoot outside and the guards had to shoot inside. Once I saw Steve Smith and Derrick Coleman — in my opinion, Steve, with the [hesitation move], and him being seven foot, Derrick, being probably [in the] top four most versatile powerful forwards to this day. I just studied the game, man. I just wanted to be [one of] the greats.
1 year ago – via Myron Medcalf @ ESPN

Jared Weiss: Rob Williams joined Hakeem, Duncan, Dwight, Mourning, Bynum and Coleman as the only players with 10+ points, 9+ rebounds and 9+ blocks in a playoff game per @Sportradar. Only one to do it without a TO. He’s the 1st player ever with 9 blocks in under 25 minutes in a playoff game.
2 years ago – via Twitter JaredWeissNBA

share
tweet
send
sms
email
“The potential is the sky’s the limit with that team,” Coleman said of a team featuring Kyrie Irving and Kevin Durant, the latter currently under COVID-19 quarantine. “I just see the struggles right now just going to be better for you later on in the season. Just have to keep continuing to work. “Kevin [Durant] is going to be one of the greatest scores we’ve ever seen play the game. To me right now, nobody can mess with Kyrie Irving; he comes from a lineage of point guards. When your godfather is Rod Strickland, I need not say any more about that. But we have to really concentrate and focus on the defensive end of the basketball court and talking.”
2 years ago – via Brian Lewis @ New York Post

Storyline: Cliff Robinson Death
share
tweet
send
sms
email
It might not look like much now, but St. Cecilia’s is famous for having been compared to legendary Rucker Park of New York because of all the big names who came through. Isiah. Magic. Gervin. Also, David Bing. That’s four of the greatest players in NBA history. Joe Dumars, Rick Mahorn and Dennis Rodman of “Bad Boys” Pistons fame. B.J. Armstrong. Chris Webber. Jalen Rose. Derrick Coleman. Steve Smith. Shane Battier. Jimmy Walker and Spencer Haywood and Ralph Simpson and Campy Russell. Dick Vitale (awesome with a capital “A,” baby). Dozens of others.
2 years ago – via Joe Vardon and James L. Edwards III @ The Athletic

share
tweet
send
sms
email
Of his many claims, many of which were spot on, Malone listed three fellow power forwards who had more God-given ability than he did, but didn’t quite reach the same level of play. “I’m going to tell you three guys that had more talent than Karl Malone — Chris Webber, Derrick Coleman and Charles Barkley,” Malone said. “More talent. More talent. But, they didn’t outwork me.” Malone began lifting weights during his time at Louisiana Tech. He was an NBA strongman and the use of weight training helped him stay healthy and on the court during his 19-season Hall of Fame career. “I would never use the term, ‘He was better than me,’” Malone explained. “More talented is different.”
3 years ago – via James Ham @ NBC Sports