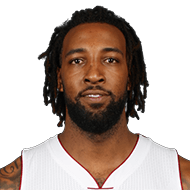 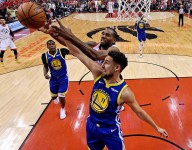 Done deal between Valencia and Derrick Williams. After Bayern and Fenerbahce, former Nba will play in Spain.
2 years ago – via Sportando

Derrick Williams said he turned down offers to play in the now-suspended NBA this season, wanting to set goals and take advantage of the opportunity in Europe before coming back.
2 years ago – via Mark Lawson Special to the Arizona Daily Star @ Arizona Daily Star

Storyline: Derrick Williams Free Agency
share
tweet
send
sms
email
“I told myself after my first year in Europe that if I’m going to stay, I’m going to play for the team with the best fans and coach out here,” Williams said. “If I was going to go back to the NBA, that was going to be my best bet. I just wanted to make sure I was 100% ready to capitalize on the opportunities I was going to get. I’m only 28, and I feel I’m getting better and more consistent as every year goes. I love it out here. It’s fun, can’t complain, but who knows. Maybe next year, some NBA things might happen.”
2 years ago – via Mark Lawson Special to the Arizona Daily Star @ Arizona Daily Star

Former Arizona Wildcats standout Derrick Williams wants you to know why he’s not on an NBA roster this season. An opportunity to join Turkish powerhouse Fenerbahce this summer was too much to pass up. “I turned down NBA offers to come to [Fenerbahce],” Williams tweeted Monday. “I love it so far. There will be better days in 2020.”
2 years ago – via Ryan Kelapire @ Arizona Desert Swarm

After Team USA’s elimination in the quarterfinals of the FIBA World Cup, Fenerbahce forward and former No. 2 draft pick Derrick Williams told Eurohoops that it “makes sense” for them to consider EuroLeague players. What do you think about that? Shane Larkin: “I think that it’s something that they should think about. There’s a lot of players in Europe in general, not just Americans, who can play in the NBA. You know, you go and look at the 450 NBA players. There’s a lot of guys in the NBA who wouldn’t be able to come to Europe and even play. I mean, they would get some minutes, but they wouldn’t be as successful as they think they would be. It’s definitely a game that you have to be able to translate to. And I think that we have some Americans over here who do well pretty much every year. And knowing the game of basketball in Europe would definitely help in those situations.
2 years ago – via EuroHoops.net