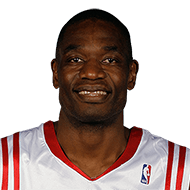 I read the Yao-Ewing-Mutombo piece every once in a while. BL: I went to a Chinese food restaurant in Toronto with Yao and Deke. In Toronto, Chinese food places are numbered like it’s easier for you to point at what you want than to say it. Deke kept pointing at whatever No. 13 was and saying in the Deke voice: “I want the Yao Ming.” And he thought it was the funniest thing ever. He said it about 15 times.
4 months ago – via Jorge Sierra @ HoopsHype

share
tweet
send
sms
email
Etan Thomas: He focused on their education, enforced discipline and structure, and educated them about society and being a Black man in America. He was a father figure in that he actually cared about his players far beyond wins and losses (although he definitely wanted to win). He made sure he stressed that his players graduate and not squander their time allowing the system to use them. Of course that was the coach and program I wanted to be a part of. Also, he coached one of my favorite players, Alonzo Mourning – someone who I wanted to pattern my game after. He also coached Patrick Ewing, one of my favorite players growing up (as a New York Knicks fan). I wanted to be able to block shots like Dikembe Mutombo and have defenses literally draw plans to avoid bringing the ball inside. I wanted to carry on the tradition and wear No. 33 at Georgetown (which is one of the reasons why I wore No. 33 at Syracuse, but I’ll explain that later).
5 months ago – via Etan Thomas @ basketballnews.com

Mark Medina: For Nuggets-Jazz game tonight at 9 pm, Peyton Manning and Dikembe Mutombo will be among the people in the virtual fans section
5 months ago – via Twitter MarkG_Medina

Prior to Wednesday night, NBA legend Dikembe Mutombo had only seen short clips of the Minneapolis police officer digging his knee into George Floyd’s neck. But that night, as Mutombo lumbered downstairs in his Atlanta home for a workout, he couldn’t look away from the excruciating 10-minute video that captured Floyd’s death. Mutombo was so distraught he couldn’t finish his workout. “I cried yesterday, by myself at the gym,” Mutombo said. “I stopped working out and I cried like for 10 minutes.”
8 months ago – via Mike Singer @ Denver Post