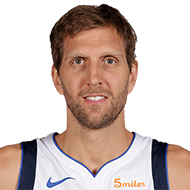 share
tweet
send
sms
email
Would guard Dennis Schroder from OKC help the Mavs? Maybe, but every time we think of Schroder we think of Dirk Nowitzki’s privately-held unflattering opinion of him. We’re not sure this is a great pairing with Luka Doncic. Schroder is worth a mention, though, for another reason that mirrors an Oubre motivation: As the Mavs ready for more big steps in the future, it’s important to know that Schroder’s coming contract pays him $15.5 million and is expiring. Oubre’s is at $14.4 mil, and, yes, it’s expiring.
2 months ago – via Mike Fisher @ Sports Illustrated

share
tweet
send
sms
email
Q: Whatever comes to mind … Dirk Nowitzki? Steve Nash: A: One of my best friends. Playing together speaks for itself, that’s in one bucket … but I went to his hometown a number of times, he went to my hometown a number of times, and then recently our families have gone on multiple vacations together with the kids, and there’s a certain different feeling to see his kids grow up. And for my kids to get to know his family in that way is incredibly special to me.
3 months ago – via Steve Serby @ New York Post

In spite of the pandemic, it still was an eventful summer for Nowitzki. His old friend Steve Nash, who teamed with Nowitzki and Michael Finley to help put the Mavericks back on the NBA map in the early 2000s, got the head coaching job with the Brooklyn Nets, a plum assignment with Kevin Durant and Kyrie Irving returning this coming season. Nash reached out to Nowitzki to gauge his interest about being an assistant coach. “I think it’s only natural to work with the Mavs,” Nowitzki said. “This is where my heart is and where I’ve always been – even if coaching is in the future, which I don’t really see in my future.”
3 months ago – via mavs.com

share
tweet
send
sms
email
Dirk Nowitzki: “But you never know. I don’t think it was necessarily in Steve’s future. I don’t necessarily think that he ever wanted to coach. But given the right opportunity and the right time, and he said he wanted a new challenge. To me, I don’t see that in my future. But as you see with Steve, you never say never. So we’ll see. But to me, it would be very hard to do it anywhere but here. This is where I live, where my kids go to school and were born. So this is where my heart has always been. The place and the time was just not right for me.”
3 months ago – via mavs.com

share
tweet
send
sms
email
“I miss the place,” he said. “I miss, of course, the Mavs, I miss the competing, but that’s part of the cycle of life. At some point everything has to have an end. I’m enjoying my time with the family and friends and I traveled a lot before the pandemic hit.”
3 months ago – via mavs.com

In his first public comments since Nash was named the Nets coach on Sept. 3, Nowitzki told The News that he was flattered and grateful that Nash reached out to him, but . . . “First of all, I don’t know if I could do it anywhere but here,” he said. “That’s of course first. Second, I just think the timing is not right. I love being with the family. I’m so over basketball at this point that it wasn’t even a thought for me.” “Here,” of course, is Dallas, where Nowitzki played all 21 of his NBA seasons and continues to live with his wife, Jessica, and their three young children.
3 months ago – via Brad Townsend @ Dallas Morning News