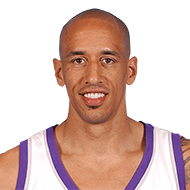 Position: -
Born: 05/09/70
Height: 6-6 / 1.98
Weight:205 lbs. / 93 kg.
Earnings: $51,591,438 ($74,949,752*)
0 share
share
tweet
pin
sms
send
email
First organized in 1995 by Doug Christie, the Rainier Beach High alum and 15-year NBA veteran, the Crawsover was handed over to Crawford in 2004. Since then, the Pro-Am has become one of the most popular summer leagues in the country. NBA superstars like Kevin Durant, Blake Griffin, Chris Paul and Kyrie Irving have all flocked to Seattle to play in past iterations of the event. Professionals aren’t the only ones who play in the Pro-Am though. Young Seattle basketball players are given the chance to train and play with seasoned NBA vets. Local talents like Dejounte Murray, Kevin Porter Jr., Michael Porter Jr., Matisse Thybulle, Jalen and Jaden McDaniels, and Paolo Banchero, the Duke commit who is ranked as 247.com’s No. 2 prospect in the country, have all played at the Crawsover as high schoolers.
1 month ago – via Seattle Times

share
tweet
send
sms
email
The Sacramento Kings announced today that Mark Jones has been named as the team’s new primary TV play-by-play announcer. Universally recognized for his nationally televised work on ESPN and ABC Sports, Jones brings more than 30 years of experience to Sacramento. He will call game action alongside Kings TV color analyst and Legend Doug Christie on NBC Sports California, the exclusive home of Kings basketball, beginning in the 2020-21 season.
9 months ago – via Official release @ NBA.com

Storyline: Media Hirings
share
tweet
send
sms
email
Former Kings play-by-play announcer Grant Napear took a shot at ex-broadcast partner Doug Christie on his latest podcast, calling Christie a “coward” for not standing by his side amid allegations of racial insensitivity.
9 months ago – via Sacramento Bee

share
tweet
send
sms
email
Grant Napear: “Comments from your enemies may hurt. However, the hurt from friends not standing by and supporting you is forever remembered. Now, I would like to just take all of that and succinctly sum it up in just one word, and that one word is coward.”
9 months ago – via Sacramento Bee

share
tweet
send
sms
email
The Sacramento Kings announced today that broadcasting icon Gary Gerould has been named the team’s interim TV play-by-play announcer for the remainder of the 2019-20 NBA season. Affectionately known among Kings players, personnel, fans and throughout the NBA as “The G-Man,” Gerould will call the historic game action in Orlando with Kings TV color analyst and Kings Legend Doug Christie virtually from Golden 1 Center when the season resumes on NBC Sports California, the exclusive home of Kings basketball.
1 year ago – via NBA.com

“I’ve had conversations with people and I think Webb is undoubtedly a Hall of Famer,” said Doug Christie, Webber’s teammate in Sacramento. “Period. That’s where I stand.” Webber has been eligible for induction since 2013, and after not being enshrined last year, he isn’t bothered by the situation. “The first few years I did, but I know I am one,” Webber told The Athletic last July. “That’s the way I’ve got to treat it and be thankful for the blessings I’ve got.”
1 year ago – via Jason Jones @ The Athletic