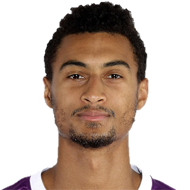 Storyline: Edwin Jackson Free Agency
share
tweet
send
sms
email
Edwin Jackson will continue his career in Cina. The French guard said that he would have signed only in EuroLeague or NBA but his future will be in the Asian country.
5 years ago – via Sportando 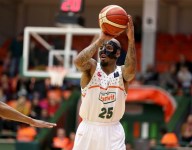 Jackson, who was a member of France’s 2010 World Championship entry at age 20, had a cup of coffee in the NBA in 2014, when he played summer league with the Boston Celtics averaging 6.7 ppg in 12.1 minutes per contest, but he wants more. “Some people say I’m undersized for the NBA,” the 6-foot-3 Jackson told HoopsHype. “But I would object to that. Now you have guys like CJ McCollum who pretty much has point guard size and Isaiah Thomas, who’s a point guard but pretty much plays like a shooting guard.”
6 years ago – via HoopsHype

share
tweet
send
sms
email
Although his NBA experience is limited, he has big-name NBA acquaintances such as Tony Parker. Between 2010 and 2014, Jackson played for ASVEL Villeurbanne, the French club owned by the Spurs All-Star guard. “I think of him like he’s my big brother,” Jackson said. “We’re very close because, you know, we both have double citizenship, French and American, we have a lot in common. We always wanted more, the passion that we have for the game. Our dads were both professional basketball players. We really get along years back, so we’re very close friends.” In the States, it’s OK to be ambitious, to have goals and not being afraid of talking about your dream and how you want to achieve it. In France, it’s a little bit different. People are more shy about what they want to achieve. I might come across as cocky a little bit, but it’s the ambition, it’s something that you’re willing to work for.
6 years ago – via HoopsHype