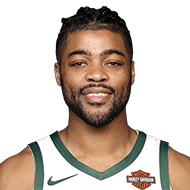 Matt Velasquez: Marvin Williams (groin) and Frank Mason III (back) also will NOT play against the Pelicans tonight.
6 months ago – via Twitter Matt_Velazquez

Matt Velazquez: Bucks injury report heading into tonight’s game against the Nets includes only Robin Lopez (questionable, illness) and Frank Mason III (out, with the Herd).
1 year ago – via Twitter Matt_Velazquez

share
tweet
send
sms
email
“I did not get invited,” Antetokounmpo said of Bryant’s camp. “It didn’t surprise me. I’ve connected with Kobe in the past; we text now and then. I think when that was going on, I was on the national team, so I don’t know if I was able to go there. But I don’t know if I would go there if he invited me, because there’s a lot of (other stars). You know, Kyrie (Irving) is a guy who plays for Brooklyn, and (a team) we’re going to play against. Kawhi Leonard (now with the Clippers) was there. A lot of guys was there. AD (the Lakers’ Anthony Davis) was there. Man, it’s not that I don’t want to (learn from other stars). I get better every day. I’ll learn from the 15th player on our team. I’ll learn from (Bucks reserve guard) Frank Mason. But my competitive nature is so high that when I go and practice (with other stars), I can’t do it. That’s me. I’m not saying it’s right, but that’s me. I just know myself. I know that because I’m a nice person, I’m going to start building relationships (with those other stars). And then I’m going to go against those guys, and they’re going to be my friends.”
1 year ago – via Sam Amick @ The Athletic

“I got a chance to work out with him and play one-on-one with him in Las Vegas during Summer League,” Frank Mason said of the man they call The Greek Freak. “It was pretty big time. We did a lot of one-on-one, a lot of skill work, and also worked out with (fellow Bucks) Khris Middleton and Pat Connaughton and it was a good time. We all got better and just watching him live and watching his work ethic was unbelievable. I’m just excited to be a part of the team and to get to play with a guy like that.”
1 year ago – via Lawrence Journal-World

share
tweet
send
sms
email
Asked what he liked about Antetokounmpo’s game, Mason did not hesitate to answer. “Everything, man,” he said. “He’s a 7-foot bully on the court. He’s unstoppable in transition, he’s almost automatic around the rim, he super coachable and he’s humble. I’m excited to play with him and he should make my job a lot easier.”
1 year ago – via Lawrence Journal-World