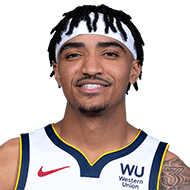 Recently-acquired shooting guard Gary Harris is set to make his Orlando Magic debut tonight against the Indiana Pacers at Amway Center. Harris has been sidelined since Feb. 17 because of an adductor strain but is not listed on the team’s injury report for tonight’s game. “I’m excited,” Harris said Friday after the team’s morning shootaround session. “It’s been a long time coming. I’ve been around the team for a little bit now, so I’m excited to finally get out there and play with the guys.”
6 months ago – via Roy Parry @ Orlando Sentinel

share
tweet
send
sms
email
Harris, 26, said he’s feeling more confident about his progress in grasping coach Steve Clifford’s system and in getting to know his teammates. Now he’s ready to put all that learning to use in a game situation. “I’m getting there,” he said. “Each day I’m getting closer and closer to [being] up to speed with the guys, learning the different terminology, getting comfortable, building the chemistry with the team, coaches. So it’s been great. It’s been a smooth process so far, so I’m looking forward to finally getting out there and putting some of it to the test against the Pacers.”
6 months ago – via Roy Parry @ Orlando Sentinel

Josh Robbins: Steve Clifford said there’s “a good possibility” that Gary Harris will make his Magic debut tomorrow when the team hosts the Pacers. It’ll depend on how Harris feels tomorrow.
6 months ago – via Twitter JoshuaBRobbins

Josh Robbins: Cole Anthony, Khem Birch, Michael Carter-Williams and Gary Harris all participated in the Magic’s practice today, which was a non-contact practice. Steve Clifford said there is a chance Anthony will play tomorrow, but Harris will not play tomorrow.
6 months ago – via Twitter JoshuaBRobbins

Roy Parry: Magic shooting guard Terrence Ross (sore right knee) is listed as questionable while Gary Harris (left adductor strain) is out for tonight’s game vs. the Lakers. Of course, Cole Anthony (rib) remains out.
6 months ago – via Twitter osroyparry

share
tweet
send
sms
email
Harrison Wind: Malone reminiscing on Gary Harris’ 6+ years in Denver: He mentions Harris was the first player to recognize Nikola Jokic’s passing ability, and called his game-winning three vs. OKC in 2018 one of his “signature moments.” Also: “We don’t beat the Utah Jazz without Gary Harris.”
6 months ago – via Twitter HarrisonWind

Harrison Wind: Michael Malone on yesterday’s trade: “I would be remissed if I didn’t say, thank you Gary Harris. Thank you RJ Hampton.” “It was a very emotional sendoff at the airport in Tampa yesterday for RJ and Gary.”
6 months ago – via Twitter HarrisonWind