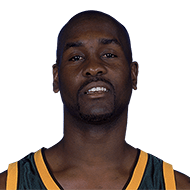 Malika Andrews: James Harden has passed Gary Payton on the NBA’s All Time scoring list. Harden (21,815) is now in 33rd place behind Clyde Drexler (22,195).
4 weeks ago – via Twitter malika_andrews

Hall of Fame guard Gary Payton has not been shy about his desire to dive back into the NBA—as a coach. He told Yahoo! Sports last October that he had conversations about joining a coaching staff, “but the timing wasn’t right. I believe I now am ready to coach.” He did not, in the end, join a staff for this season, but now Payton says something is in the works and that could change shortly.
1 month ago – via Sean Deveney @ Forbes.com

share
tweet
send
sms
email
He was coy with specifics, but when asked, he told me about his desire to coach, “It is still the case. I got a surprise coming for a lot of people pretty soon. I don’t want to announce it right now, but you’ll see it pretty soon in the next couple of weeks, I hope everybody will be excited about it.”
1 month ago – via Sean Deveney @ Forbes.com

share
tweet
send
sms
email
He didn’t name any teams, but Payton has said he would like to work with young players, and logical speculation would hold that he could land in Atlanta to mentor star guard Trae Young. Payton’s old teammate and close friend, Nate McMillan, took over the Hawks job after Lloyd Pierce was fired this week. Another possibility would be Detroit, where coach Dwane Casey is overseeing a rebuilding project with a slew of young players for the Pistons. Casey was an assistant coach for Payton’s great Supersonics teams in the 1990s.
1 month ago – via Sean Deveney @ Forbes.com

@unclekevin22: What was it like to play with Kobe? Gary Payton: I caught Kobe when he was going through a lot with what happened in Denver. I got a chance to be his big brother. I got to know him as Kobe and not as what people were talking about with what him and Shaq were doing. Shaq is my brother and I love him to death. That’s the reason I went to the Lakers. To get to know Kobe the way I did was a pleasure. I hate that he’s gone and I hate that he’s not here. I miss him so much and talking to him and my kids talking to him. I love him because he’s a warrior too. He wanted things on his own and he wanted to do things on his own. When he decided to go and say he wanted the team on his own I said congratulations, beautiful. That’s what you’re supposed to do if you want to be a great and he was a great. He didn’t act like he was bigger than anyone. He asked me questions all the time and I gave him answers. It was my duty to tell him the right way to do things and it was a pleasure for me to be in his life and know him the way I did for the forty years he was on this Earth.
1 month ago – via Adam Wells @ Bleacher Report

@vera: Who’s the best trash-talkers you ever faced? Gary Payton: Basically Larry Bird was really marvelous. Reggie Miller could do it a lot, Michael would do a lot of things too but you really had to get him going. But the greatest one is me. Rasheed Wallace was good but he was doing it at the refs.
1 month ago – via Adam Wells @ Bleacher Report