Rod Boone: James Borrego said he estimates #Hornets have lost about 50 percent of their scoring and about 70 percent of their playmaking with injuries to LaMelo, Gordon Hayward and Malik Monk. Still, no excuses. “We’ll move forward and find ways to improve over the next couple of games.”
5 days ago – via Twitter rodboone

The injury is not to the same leg that suffered a major injury in 2017, but Hayward has endured many lower body injuries since returning to the court, and he’s been slow to play with the same aggression upon returning. It became a frustrating, seemingly never-ending cycle when he was with the Celtics. Some executives around the league felt the Hornets took a major risk signing Hayward to a four-year, $120 million deal last offseason. Hayward has shined so far, but his eventual return will be his first big test with Charlotte. Hopefully, he’ll still be the best version of himself.
6 days ago – via Kevin O'Connor @ The Ringer

share
tweet
send
sms
email
Chris Grenham: Rob Williams on seeing Terry Rozier: “That’s a great feeling. Seeing my brother, man — one of my big brothers I came in with. Really took me under his wing and showed me what it would be about. Always good seeing him, Wanamaker, wish I could’ve seen Gordon. ...
1 week ago – via Twitter chrisgrenham

Jay King: While answering a question about Gordon Hayward, Brad Stevens said he thought the Celtics late in the seeding games were playing at as high a level as any team he’s coached. Obviously, after that, Hayward got hurt, Celtics lost to Heat, Hayward left and this season happened.
1 week ago – via Twitter ByJayKing 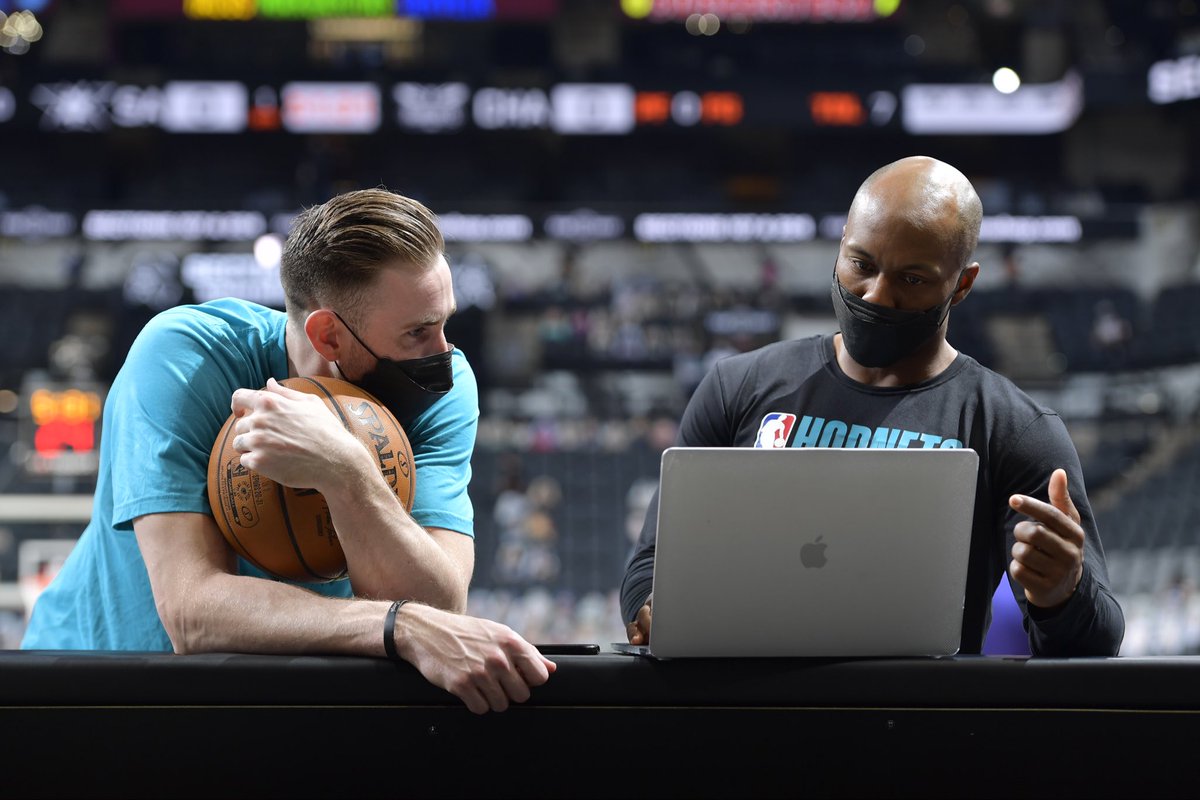 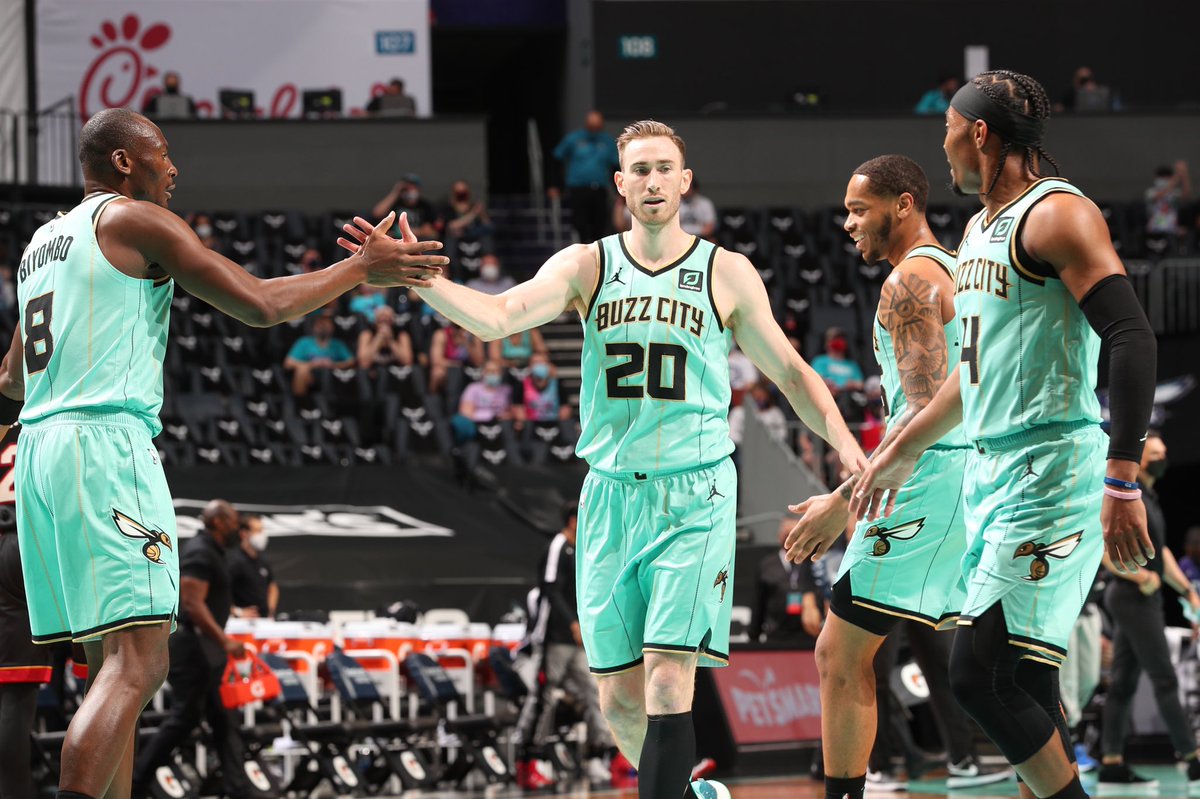 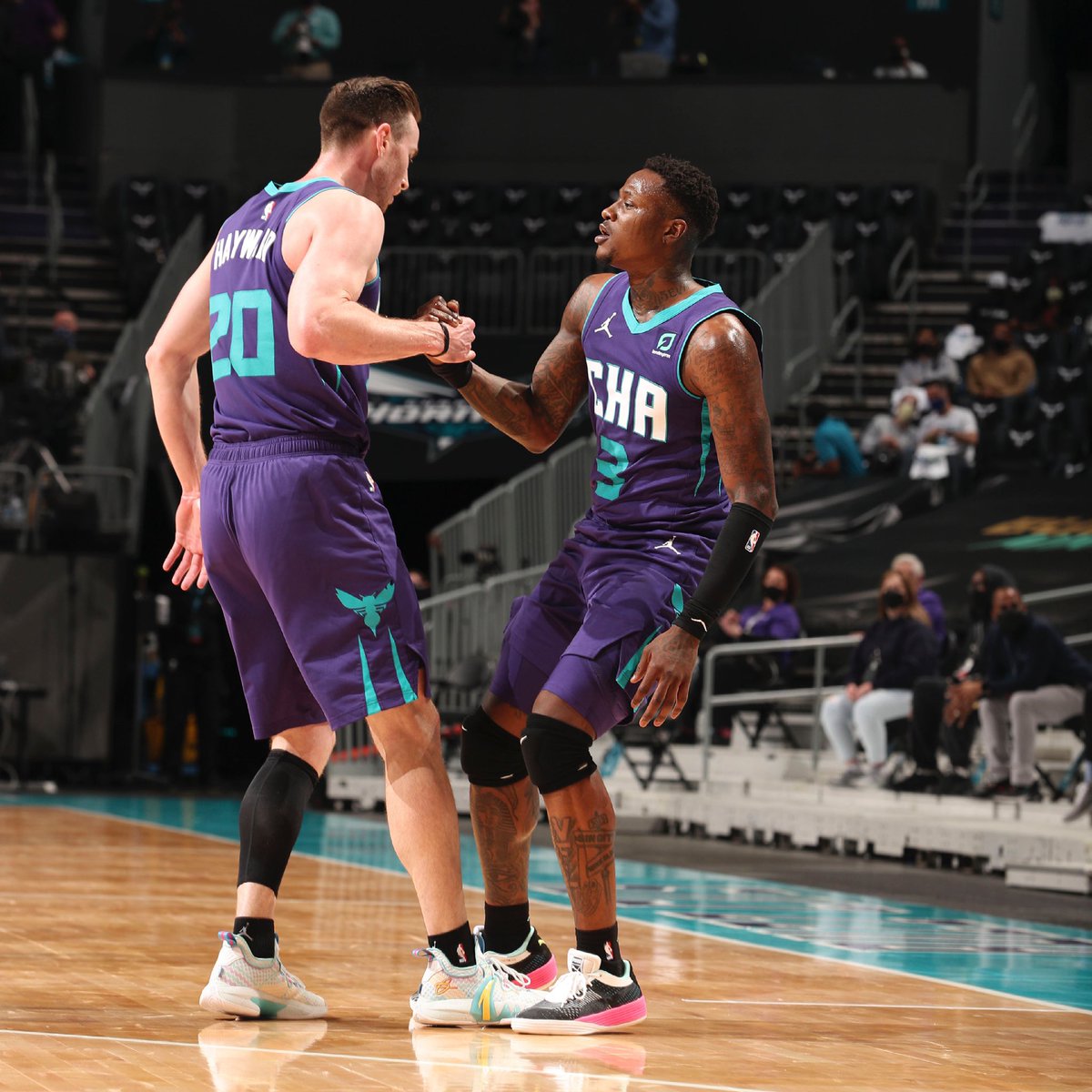 Charlotte Hornets forward Gordon Hayward will be lost for at least four weeks with a right foot sprain, the team announced Saturday. Hayward injured his foot on a drive to the rim in the first half of Friday’s road victory over the Indiana Pacers. Based on video replay, he appeared to step on the foot of Pacers center Myles Turner, then slipped to the floor. Hayward, who grew up in Indiana, was having a big game prior to that injury, totaling 13 points, eight rebounds and six assists in 19 minutes.
1 week ago – via Charlotte Observer

Rod Boone: Borrego said of Gordon Hayward now with LaMelo out: “We’re going to have to play through him a little bit more.”
3 weeks ago – via Twitter rodboone

share
tweet
send
sms
email
Gordon addresses the Celtics’ most present priority of filling the hole left by Gordon Hayward’s departure with a dynamic wing approaching his prime and acquires a player with another year left of declining salary on his deal. Gordon both satisfies the desire to get a high-level complementary piece on the same timeline of its core while limiting the luxury tax pain next season. Depending on whether the Celtics make an additional trade and jump into the luxury tax this season — they currently have approximately $13.51 million of room below the tax, per league sources — they would not face the repeater tax until the ‘22-‘23 season at the earliest.
3 weeks ago – via Jared Weiss, Sam Amick, Jared Weiss and Sam Amick @ The Athletic