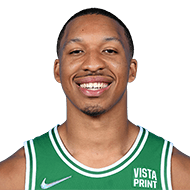 Position: F
Born: 11/30/98
Height: 6-6 / 1.98
Weight:236 lbs. / 107 kg.
Salary: $4,306,281
0 share
share
tweet
pin
sms
send
email
Joe Mazzulla recently changed the starting lineup. The new first unit, which features Grant Williams instead of Derrick White, has defended at a high level so far. As Mazzulla pointed out earlier in the season, the Celtics are forcing all the right types of shots. They still rank first in location effective field goal percent defense, according to Cleaning the Glass. They shut off the 3-point line and hardly ever allow layup attempts. One problem so far: The Celtics rank last in turnovers forced. Still, the Celtics mangled opposing offenses last season and they haven’t done that yet this season. Maybe they just need Robert Williams III back.
2 weeks ago – via Jay King @ The Athletic 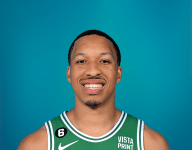 Michael Scotto: During extension talks with Grant Williams, the Celtics never offered more than $50 million guaranteed over four years, league sources told HoopsHype. As I previously reported on HoopsHype, Williams would’ve taken a deal for $14 million annually. There are some around the league that believe an offer around $18 million annually could be too much for Boston to match in restricted free agency. Of course, anything in the non-taxpayer mid-level exception range would likely be matched by Boston.
2 weeks ago – via Michael Scotto @ HoopsHype

share
tweet
send
sms
email
The Bucks are surrendering the fewest points per possession against half-court offenses since the 2013-14 Indiana Pacers, according to Second Spectrum, while following through on their preseason promise to cut down the number of 3s they give up. After allowing opponents to take an NBA record 40.6 3-pointers per game last season, the Bucks are limiting teams to 31.6 per game in 2022-23. “I think they’re one of the most intelligent teams in the league in knowing who and when, where to rotate and who not to,” Minnesota Timberwolves coach Chris Finch said last week. “Last year, they’d kind of look at you take a lot of open 3s, they’d bet certain guys were not going to make shots, and that obviously burned them in the playoffs with [Celtics forward] Grant Williams. “But for the most part they do a great job of making the right bets. This year it looks like they’re covering everybody a little bit more honestly in that situation.”
3 weeks ago – via Jamal Collier @ ESPN 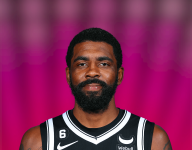 MassLive spoke with Grant Williams ahead of Friday’s game with the Bulls about whether union leadership will be addressing the issue with Kyrie Irving. “I think we will but currently, there are a lot of matters as well,” Williams told MassLive. “I think we’ll get together as a group potentially — everything has been through the team. It has been not been a league issue to this point. It hasn’t been an NBA/NBPA issue. The Nets and the league have taken care of that and dealing with Kyrie and the process there. We don’t have much control on that matter.”
3 weeks ago – via Brian Robb @ Booth Newspapers

share
tweet
send
sms
email
Williams told MassLive that he has not directly spoken with Irving about the situation yet but strongly denounced any kind of hate speech. “I haven’t had much communication with him on the manner,” Williams said. “For me, I’m trying my best to educate myself on the situation, understand what has been said and has been done. You don’t promote any type of hate speech or anything like that. You do your best to stay informed on the matter and gain all the information before making decision to support each side. You try your best to educate yourself and outside of that, I don’t have much to say because I don’t know much about the matter because I’ve tried to keep my eyes on the right thing and moving forward.”
3 weeks ago – via Brian Robb @ Booth Newspapers