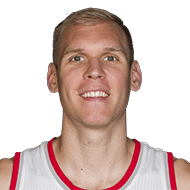 Orlando Magic: The Orlando Magic have waived C Greg Stiemsma. The roster now stands at 15.
7 years ago – via Twitter OrlandoMagic

This rumor is part of a storyline: 569 more rumors
share
tweet
send
sms
email
A sampling of activities for which Barnes has been suspended and/or fined while treating his teammates like family: Fighting Rafer Alston (2008), chucking a ball in the stands (2009), criticizing referees (2010), escalating a fight between Jason Terry and Steve Blake (2011), fighting Greg Stiemsma (2013), failing to leave the court in a timely manner (twice; 2013), kicking a water bottle into the stands (2014) and talking to fans/cursing at Suns owner Robert Sarver(2015). Amount in fines Barnes estimates he’s paid to the NBA during his career: About $500,000. What Barnes thinks would have happened if it had been him, and not James Harden, who “accidentally” kicked LeBron James in a sensitive region of the anatomy in a game in February: “I’d be put in jail. Or at least suspended for several games.”
7 years ago – via Sports Illustrated